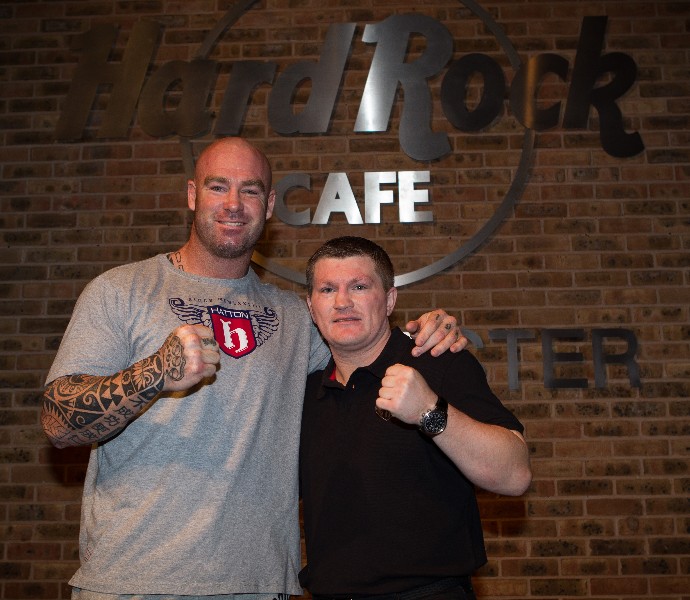 As a big boxing fan and a filmmaker it’s only natural my 2 interests come together sometimes. Boxing has always made great material for films but only a select few have captured it well in documentaries. The slick, flashy All Access by Showtime Sports and HBO’s 24/7 are the modern benchmark.

When I heard Lucas Browne was coming to town it was too good of an opportunity to miss out on so I got in touch with Hatton Promotions. He’s is knocking people over as fast as they can be put in front of him on his way to becoming one of the handful of prospects that look capable of winning a world title. He’s ranked top 10 with the WBC and IBF so if he keeps winning the huge fights are just around the corner. Considering he got into the sport late and with very little experience his progress has been phenomenal and I learned from meeting him that he’s very keen to learn from every bout.

Fighting on British cards under the Hatton Promotions banner he has quickly made a big fan base over here. The reaction he gets on twitter from British fans is incredible, they have really taken to him and I can fully understand why. He looks the part, speaks calmly and eloquently and then gets in the ring and unleashes phenomenal power. You speak to him and he’s incredibly open, friendly and just an all-round chilled out bloke from Australia. And then on the other hand he’s a 6ft 4 inch, heavily tattooed giant of a man who could crush your skull like a grape. He speaks of having a history of being surrounded by violence – he used to work in security and is no stranger to being attacked by groups with knives and guns. Boxing needs characters and personalities, especially the heavyweight division so it’s great to have someone like Lucas on the scene.

Being from the North West I was a huge fan of Ricky Hatton during his career. The again, who wasn’t? So it was a real privilege to visit his base in Hyde where he trains his fighters alongside his assistant trainer Mike Jackson and then film everything that happened in the dressing room in Wolverhampton before and after his fight. I had never once seen the moment a fighter returns to his dressing room after fight, but it’s here in the film. This is something you simply don’t get to see and I was both impressed and grateful for Lucas and his team having no objections for me being there and capturing the moment. Of course they had confidence they’d get the win but this is boxing and as we know, nothing is for certain. The main event that night was Gavin Vs Bundu – a fight which Gavin lost. To me this hammers home the confidence Hatton Promotions has in this man and more importantly the confidence Lucas has in himself.

I love to hear from people who have seen my work so leave a comment on YouTube or tweet me at @mattknight83 if you have any questions.