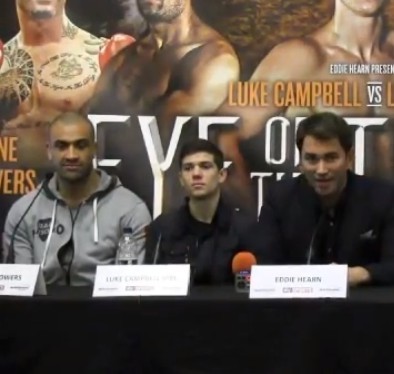 Promoter of both fighters Ricky Hatton has mentioned previously that the winner would look for a fight with British champion David Price and insists it is an avenue he will chase for the victor.

Also featuring on the show and in attendance at the presser is Luke Campbell, the Olympic Gold Medalist has his third pro fight and the second in his hometown, when he takes on the game Lee Connolly.