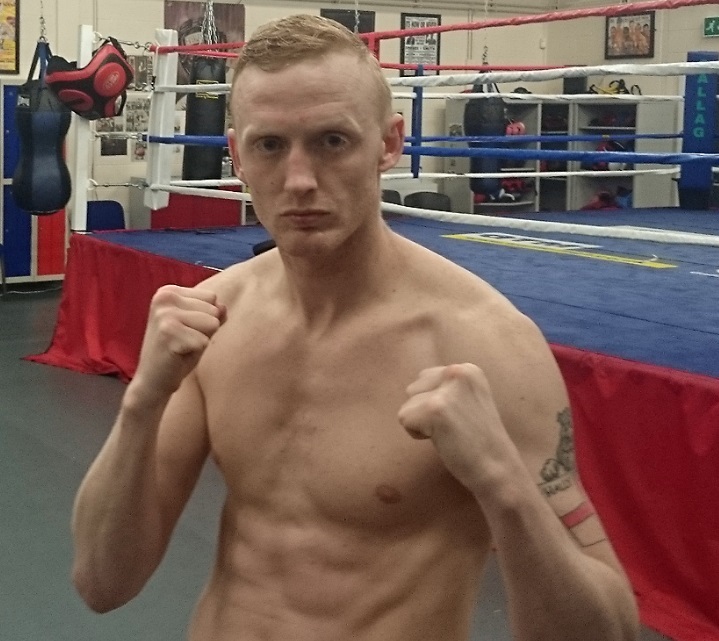 Unbeaten Mick ‘The Hammer’ Hall back in action on Saturday night

Unbeaten light-middleweight Mick ‘The Hammer’ Hall will need to be on his game when he faces Simone Lucas at Bolton’s Reebok Stadium this Saturday (September 20).

Renowned for his ‘give it a go’ attitude, durable Lucas has been stopped just five times in 30 outings, the last time in March 2013 when VIP’s Jimmy ‘Kilrain’ Kelly spectacularly finished him in a round.

“It’s going to be tough. He’s going to come forward and he’ll be coming to win,” said Preston’s Mick, 9-0. “Hopefully though, if I stick to my boxing then the stoppage might come, and that’s what I’ll be looking for, to get him out of there.

“I might only have one stoppage, but I do have some pop and can bang and I want to show that on Saturday night. I want to make a statement.”

All the action can be viewed live and free on VIPBOXING.TV

With a big crowd expected and the VIP online audience growing, Mick – who lost close decisions to Liam Smith and Hosea Burton in the amateurs – wants to continue to impress on his route to the top.

“This is going to be a good one. There are four lads on from my gym, and we’re hoping everyone gets behind us and turns out in their hundreds.

“I’m not here to mess about now and I’d like the English [title] next year. I know I’m capable of a British title and want people to follow me on that journey.”

Tickets, priced at £30 (General), are available from all boxers or at vipbe.co.uk (some tickets will be available on the door).

This show will be streamed live and FREE on VIPBOXING.TV