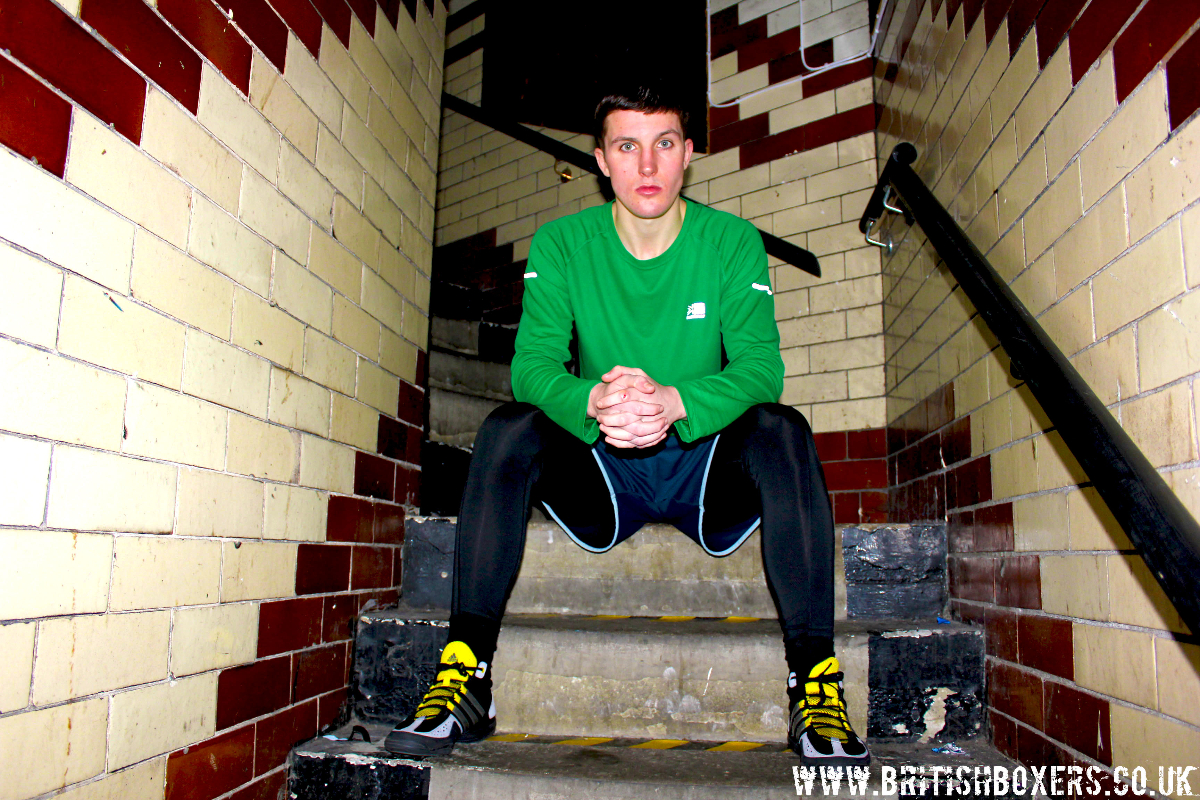 Light-welterweight pro débutant in waiting Sean Ben Mulligan has had to play a long waiting game and one of patience after seeing his paid opener fall through twice on the trot. The first time the whole show got pulled and then in the run up to the second time he injured his ear in sparring and had to pull out again.

Mulligan will take on the highly experience veteran of 114 fights Matt Seawright, the Staffordshire based Scotsman who will no doubt come to give the young rookie a run for his money and show him what it is all about being a pro. It is a good first fight for Mulligan, he knows Seawright will bring it to him and he is prepared! (see video above)

The Manchester lad who is trained and promoted by Pat Barrett will be hoping it will be third time lucky now he is schedule to finally open his career on Jan 31st at the Middleton Arena in Manchester on a Black Flash Promotions show.

Ben a popular amateur on the circuit sold lots of tickets for his doomed two pro debut dates and was left devastated at letting his fans down and his sponsors the White Room who have been great support to him, but he hopes to repay them all tonight by getting his first win. Mulligan, 21, explained top britishboxers.co.uk about the setbacks and he looks ahead to finally making his debut.

“I have been so unlucky with my pro debut being postponed twice before.” said Mulligan

“First time the show got pulled and then I perforated my ear drum sparring with Zelfa in the gym. But everything is ok now and I have been focused on getting myself prepared for January 31st. I have sacrificed Christmas and New Year trained all over it and been strict with my dieting, everything has gone great and I cant wait now to get in there, no vest, headguard, smaller gloves this is what I’ve been waiting for for so long.

“I am so thankful to everyone who has stuck by me and bought tickets for this show, I cant thank you all enough.”

“I have been training at with Pat and the lads at the gym and I cannot wait to get in there and show everyone my skills and what I have been working on for so long in preparation for my pro debut.”

It was always Ben Mulligan’s plan from a young age to become a professional boxer and he promised himself that when he reached
the age of 21, the only birthday present he wanted was a professional boxers application form filled in and accepted by the British Boxing Board of Control.

Well on Monday this week it all became reality when the Mancunian turned 21, and received the news he is now officially a professional boxer.

After a good education in the amateurs boxing for Middleton Select ABC and Moss Side Fire Station, Mulligan will have his first pro fight this year after hooking up with former British, and European champion and world title challenger Pat ‘Black Flash’ Barrett at The Collyhurst and Moston Lads Club in Manchester.

The Manchester lad has been with Barrett for two years and says in that period he has improved him massively.

“Pat has totally changed me as a fighter, I am better in every area, I am fitter have a better defence, I’m throwing my punches better and I am learning something new everyday. Pat is a strict trainer but he never lets you think you’ve got it because you never stop learning and can never stop practising or switch off. Pat doesn’t let anyone cut any corners and he is on us constantly and helping all the lads in the gym improve. He is the best trainer around in my opinion.” added Mulligan.

And Barrett rates his young charge highly.  “I am very happy with Ben’s progress, he is a very very talented kid who is hungry to learn and progress, he has a bright future ahead of him if he listens and continues to improve at the rate he has been.” said his coach Pat Barrett.