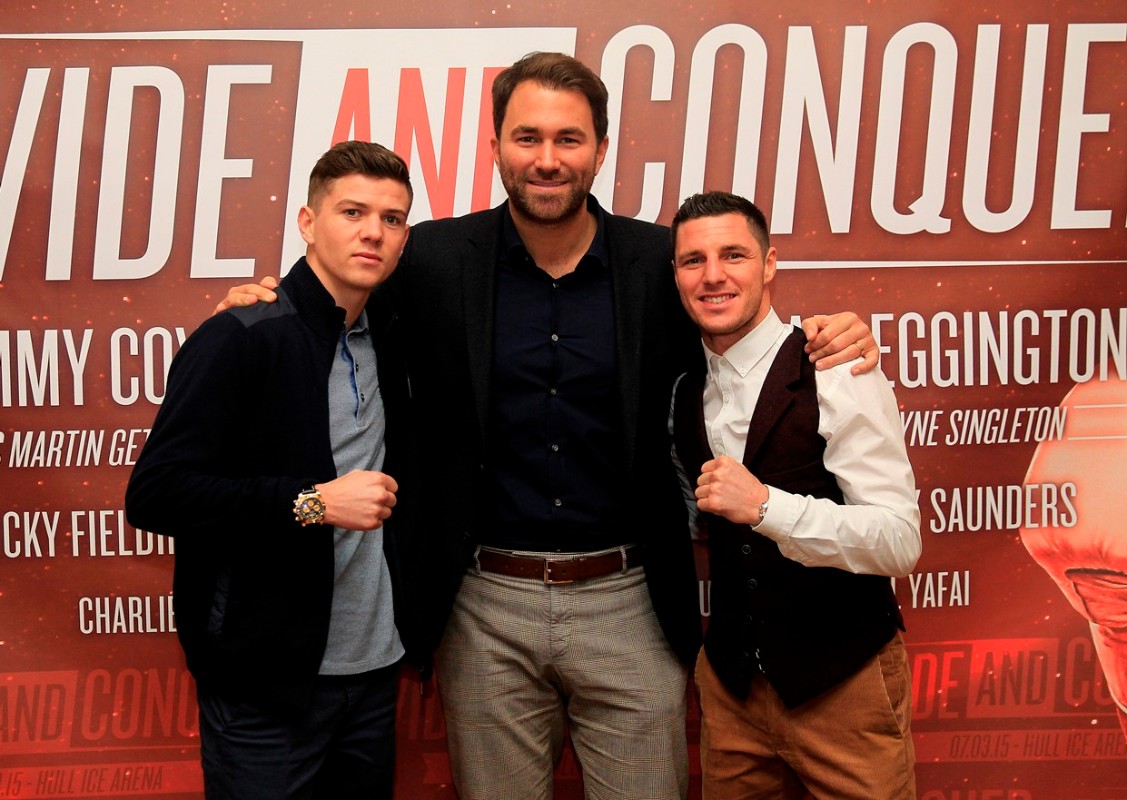 Luke Campbell Fighting for the Family

CAMPBELL: I’M FIGHTING FOR MY FAMILY AND FANS

Olympic hero set for an emotional night in Hull on Saturday

The Olympic gold medal hero is back on the bill this weekend after initially pulling out through the ill health of his father, but said that his family want him to fight on in front of his adoring home crowd who have flooded the 27 year old with messages of support.

Campbell meets Levis Morales over eight rounds and says that getting into the ring and doing what he does best will be a huge boost to his family.

“My Dad wants me to fight and I want to give him some excitement, put a great show on and win, make him feel good,” said Campbell. “I want things to be normal in the family and everyone has their heads down a little bit at the moment. I have always been training hard in the gym, Eddie Hearn saw that and asked if I would like to be on the show, and me and my team had a thing about it. I have put a lot of training in and mentally I am switched on and prepared for boxing, so I think it will be great for me and for the family for me to get out there and do what I do and not letting anything stop me.

“It took a bit of thinking over to make the decision to fight, but it is what I love to do and it is what keeps my family focused. They are excited for me to get in the ring and do what I do best. It is one of those things I want everything to be normal, and I am getting on with what I am doing.

“My Dad is stable, there is no point going into depth about it because I don’t really know what I am talking about and there is a lot more to it. I am doing fine; I always want everything to be on my toes. I would rather have all the pressure on me because I have done since a young age. I can cope with things and deal with some things and when the going gets tough I would rather everything on me and not on my family. I would rather take that pressure.

“I got a lot of support when I came off this bill initially. It is hard to put it into words but all the support I have had has been really overwhelming. It is really nice and knowing I have that much support and so many loyal fans who want the best for me, I appreciate that. I will never forget some of the messages I received and neither will my family.”

While Campbell’s focus in on his family, he knows that fight fans are looking forward to him securing a summer showdown with Tommy Coyle. The Hull duo have been set on a collision course by promoter Eddie Hearn and the potential clash is set to be a huge hit in the city.

The pair are happy to put the friendship aside for one night to secure bragging rights on their home patch – and perhaps more significantly, steal a march on the other for big title shots – and Campbell believes the way he dispatched their common foe Daniel Brizuela in October is a good barometer as to who would win the fight.

“Against Brizuela I took out a lad in five rounds who went hell for leather against Tommy over 12 rounds,” said Campbell. “Brizuela said he wasn’t fit for Coyle, said he took it last minute, and said he was in the best shape of his life when he came back over to fight me. I took him out convincingly in five rounds, so that gave me a lot of confidence. I am a better fight now than what I was in October.

“It is still very early days for me as a pro and I have been fighting kids who people usually fight later on in their career. My team and I believe in my ability and I trust whatever they say. I don’t get involved in the matchmaking, I just get on with my job.

“If it can be made it will be massive, and massive for the city of Hull with everybody talking about it. It will be massive for Tommy as well, and obviously it will be a massive fight for me. I am very excited by the potential of what that fight could do and what it could set out for the city and for boxing in general. It is a great fight on paper, he has had a lot more experience in the pros than I do but I believe I am bringing a lot more to the table and it is going to make a cracking fight.”