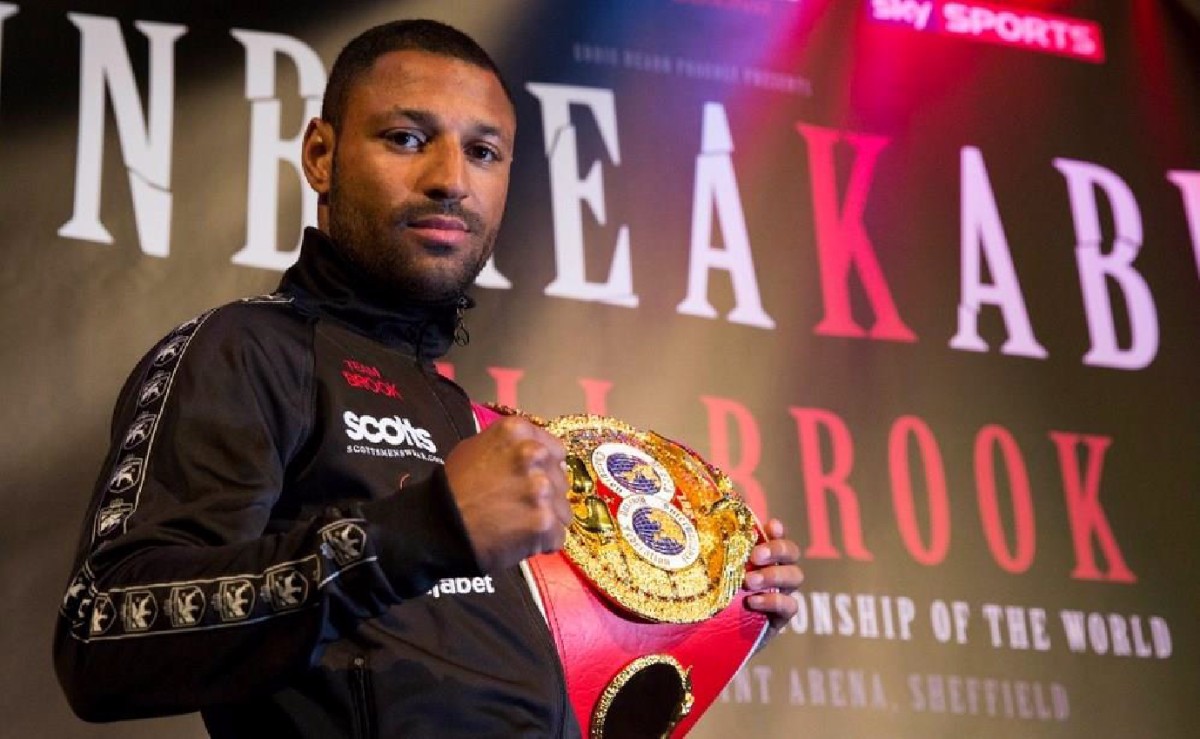 Kell Brook will make the first defence of his IBF welterweight title against Romania’s Jo Jo Dan at Sheffield’s Motorpoint Arena on 28 March.
It will be Brook’s first fight since he was stabbed while on holiday in Tenerife last September.

Brook’s career was left in doubt after he suffered a serious leg injury in a shocking machete attack, but he has made a swift recovery and will be hunting down the big names in his division.

The Sheffield boxer waited 18 months for his title shot after seeing three fights with Devon Alexander fall through, with Porter taking advantage to defeat Alexander and claim the belt.

Brook took his chance against Porter in a tight and at times untidy clash, with the judges handing him the contest 114-114, 117-111, 116-112.
Victory for Brook on the 28th of March would pave the way for a fight against one of the division’s marquee names this summer.

Hearn has been quoted as saying “A fight between Kell Brook and Amir Khan fills out any stadium in England and makes Khan more money than he could make from any other fight. “

Promoter Eddie Hearn is also looking at potential showdowns with Juan Manuel Marquez, Manuel Maidana and even the winner of the May 2nd super fight between Floyd Mayweather and Manny Pacquiao, should the Khan fight not materialise.

But first Kell Brook must get past his mandatory challenger Jo Jo Dan. The Canada-based Romanian has moved up the rankings with 34 wins and has suffered just two defeats, both coming against Turk Selcuk Aydin.

Brook has been quoted as saying ‘I am getting the mandatory out of the way. I am after those massive fights you all know the names, later in the summer, but I have to get this one out of the way first, and he is a tough customer.’

The IBF champion boasts a clean record of 33 wins, 22 coming by way of knockout. The Undefeated Brook cannot afford to look past his challenger and must remain focused on getting the job done before looking at the mega fights come the summer.