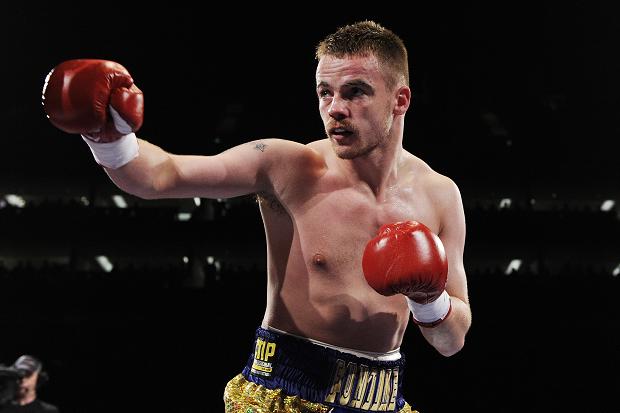 Frankie Gavin is close to agreeing to fight IBF welterweight champion Kell Brook in a big British world title clash next month at the O2 Arena in London. (May 30.)

Brook verses Gavin is all but greed and could even be signed, sealed and officially announced promoter Eddie Hearn before the end of the week.

Amir Khan turned down the chance to challenge for Brooks title, saying a potential meeting between the pair needs more time to build up, although Gavin reckons Khan is waiting for his opportunity to face the winner of Mayweather v Pacquaio. Brook did look towards contests against the likes of Juan Manuel Marquez, Marcos Maidana and Timothy Bradley, but in the end Matchroom stable mate Gavin got the nod and it’s a fight that will please the British fans at least, the American market maybe harder to sell this to.

Gavin was lined up to face Chris van Heerden for the IBF International title in Birmingham on May 9. But it looks like Heerden will be compensated if Gavin takes on Brook instead.

Gavin, 29, is expected to earn a career-highest purse for this great opportunity to become a bona fide world champion in what will be a voluntary defence by Brook. – The payment he receives though falls well below the multi-millions allegedly offered to Khan to face Brook – although granted Khan is the bigger draw.

Gavin from Birmingham, was a highly decorated amateur star and Britain’s only world amateur champion, before going on to win British and Commonwealth and International titles in the pros and he is confident his pedigree will give him an excellent chance of dethroning the unbeaten Sheffield man.

“I’m not stupid. I’m not delusional. I’m going to have to perform out of my skin,” Gavin said.

“But I’ve definitely got it in me to do it. I’m very confident Kell can be beaten and hopefully it’s someone with my skills who will do it.

“Nothing is signed or done yet but I know Eddie’s spoken to Kell and Kell’s up for it and I’m up for it. So we’re going to sit down and have another chat in the next two days and hopefully get it done.

“I think I’ve got the skills to upset Brook and take him out of his rhythm. It’s easier said than done but I’m going to be 100% ready, physically and mentally, and if I get that world title shot I’ll be ready.”

or Please leave your comments below…