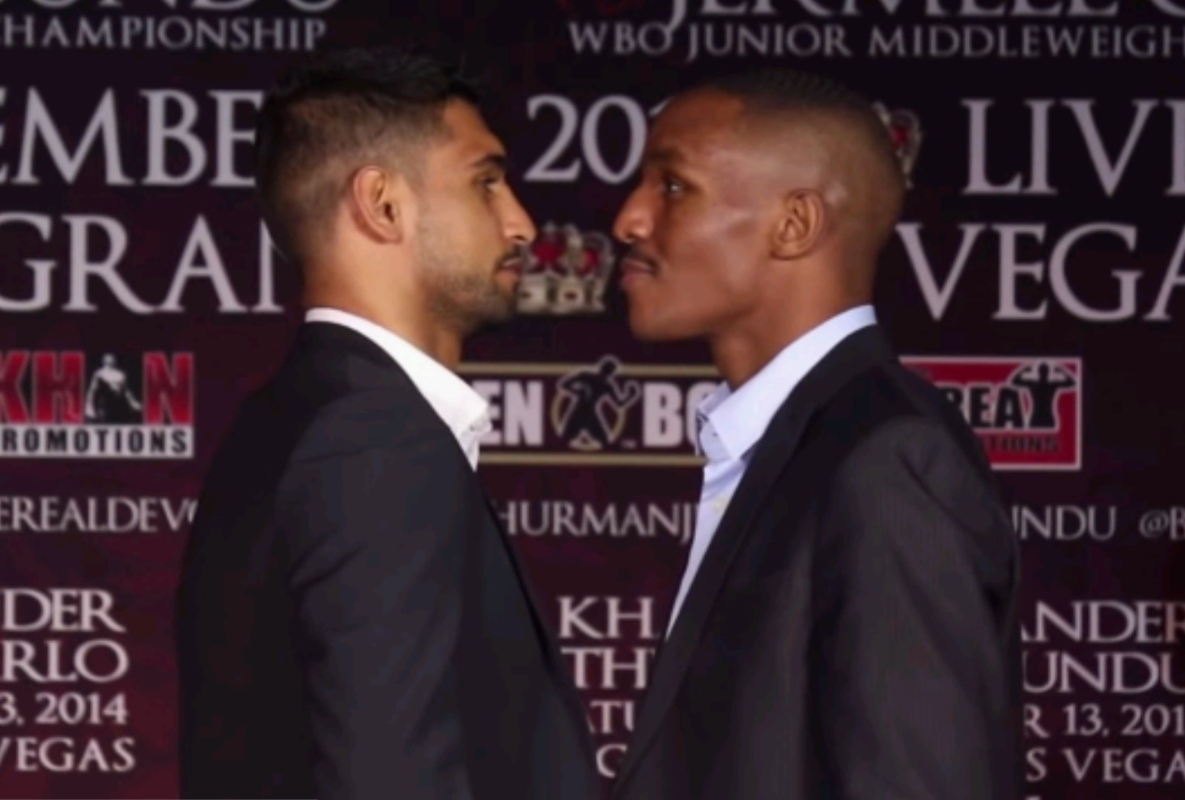 Khan vs Alexander a battle of parallels fighting for welterweight scraps

.
In another time, a different era, the welterweight division wouldn’t seem like two men throwing scraps for everyone else to fight over, but that’s how things are right now. This is a division where Floyd Mayweather rules, ably assisted by cameo appearances from Manny Pacquiao. And where Floyd is, is the serious cash.
Amir Khan has been circling the Mayweather celestial body like Oliver Twist at breakfast for a long time now. He was drawn in and suckered along last year, then was subjected to a ludicrous “Fans vote” by Floyd – who ignored the results anyway and fought Maidana. It’s been tough for Amir lately. But, finally, the meeting with Devon Alexander could open the door to the knockout prizes that could await the winner, if the big two are feeling generous.
After the calamitous back to back losses to Lamont Peterson and Danny Garcia many had written off Amir as a glass-jawed show-off, but to his credit he has climbed back in the saddle and showed us all that he’s first and foremost a highly skilled boxer with much to give yet. Collazo, in particular, is no fool and no easy fight but Khan dominated him from the get go on his last outing back in May. Khan is still blisteringly quick, with power and poise. He’s a dangerous welterweight, make no mistake about it.
Devon Alexander could well be the US equivalent of Khan; a fighter who promised the world at the start of their career only to fall over hurdles. In Devon’s case those hurdles included Timothy Bradley and Shawn Porter, compared to the poorer losses by Khan, but Alexander is world class, 100%, no mistake. Things will be close at the MGM Grand this Saturday between himself and Khan; something which will not be changed by Amir’s alleged £20,000 gold threaded shorts. Two exciting and skilled fighters who are both desperate to regain lost pride and, even more, to earn the favourable gesture of the king of them all. It should be one of the fights of the year.
British Boxers Prediction? Khan on Points