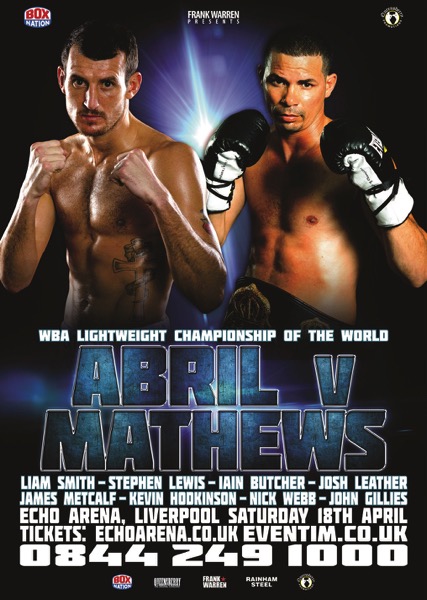 Following reports this morning that WBA World Lightweight Champion Richar Abril has withdrawn from his contracted defence against Derry Mathews on Saturday 18th April at the Echo Arena, Liverpool, through illness, Queensberry Promotions have issued this statement.

We have been made aware of Abril’s withdrawal and are in discussions with the World Boxing Association and representatives of Richar Abril as to the current position of the world title as this is the second time he has withdrawn from this fight with less than two weeks before fight night. We expect to hear from the WBA shortly and will make an announcement through this office.  However, we fully expect Mathews to contest a version of the WBA World Championship on Saturday 18th April.