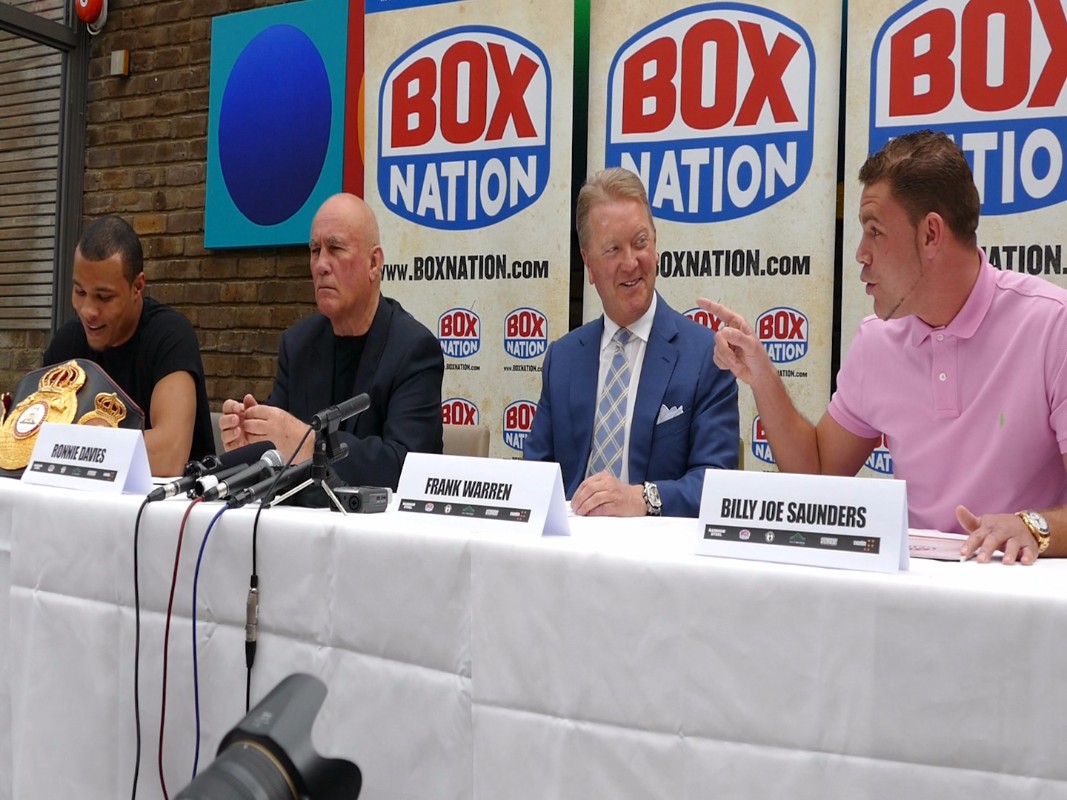 British boxing’s biggest rivals Billy Joe Saunders and Chris Eubank Jnr. will joint-headline a massive fight card in separate fights at the SSE Arena, Wembley, on Saturday 9th May as they close in on a potential Autumn blockbuster rematch.

Undefeated Hatfield ace Saunders will feature in an International Middleweight Contest against an opponent to be announced, whilst Eubank Jnr. makes the first defence of his WBA Interim World title against tough Australian Les Sherrington.

Hatfield ace Saunders inflicted the first loss to Eubank Jnr’s career last November in a thrilling showdown of unbeaten fighters to retain his British, Commonwealth and European titles that was also an eliminator for the WBO World title. Andy Lee and Peter Quillin clash with the WBO World title on the line on Saturday 11th April, with Saunders the mandatory challenger to fight the winner, but Saunders will first be looking to put on a top performance at Wembley to show that he’s ready for the big prize.

Brighton star Eubank immediately bounced back from his loss to Saunders with a total demolition job of hard Russian Dmitry Chudinov in February to take his WBA Interim World title. Eubank Jnr. was back to his hard-hitting best as he dismantled Chudinov with brutal precision until the fight was stopped in the twelfth round. He now makes the first defence of the title against big-hitting Sherrington from Queensland who’s got 19 knockouts from 35 wins, that includes a fifth round stoppage of Shannon Taylor and extending former IBF World Champion Sam Soliman nine rounds.

Promoter Frank Warren believes that providing both men come through their fights at the SSE Arena, Wembley, it could lead to a potential outdoor Autumn showdown between the pair that echoes of the epic British grudge rivalries between 160lb greats Nigel Benn, Chris Eubank and Michael Watson.

Saunders and Eubank met head-to-head today for the first time since their fight to officially announce the SSE Arena, Wembley, date and immediately got stuck into a war of words.

“I will smash Chris Eubank Jnr. to bits if we meet again,” Saunders said afterwards.

“He narrowly escaped last time, but I’ve got his number this time, I would absolutely destroy him if we met again. I’d love the chance to do it, but first I’m going to fight at the SSE Wembley Arena, win that fight, and then I’ve got the winner out of Lee and Quillin next for the WBO World title,”

“Then I’ll see what Eubank Jnr. has been up to and if he’s worthy of a shot at the world title. I did say I’d give him a rematch, but it will be completely on my terms. I’ve shut him up once and embarrassed him in front of the British public, next time I’ll knock him out and leave him desperate,”

“First thing for me is to get back in the ring and show that I’m ready to fight Lee or Quillin, I want that world title next, so whoever I face on May 9th is in for a lot of pain.”

Eubank Jnr. fired back: “I’ll fight Average Joe anytime, anywhere, but he has to realise that I actually hold the WBA Interim world title belt so that puts me above him, regardless of his close points decision over me,”

“The judges believed that he won last time and that’s how they scored it, but look at how he did it. He chose to run and steal the rounds rather than stand and fight. I challenge him next time to stand toe-to-toe and fight and lets see how he fares in the centre of the ring rather than running around it,”

“I am the champion now and I will look at him after I’ve defended my title against Sherrington who I will not be overlooking. I will do my research on him and a plan to defeat him. Chudinov was dismantled from the opening round and I will do the same to Sherrington.”

Chief support on the undercard sees WBO European Welterweight Champion Bradley Skeete make the first defence of the title that he won with a stunning first round stoppage of Anzo Gamgebeli in February. And hard-hitting Enfield super-middleweight Frank Buglioni defends his WBO European crown after his first round KO of Ivan Jukic in February as he continues on his climb towards a world title.