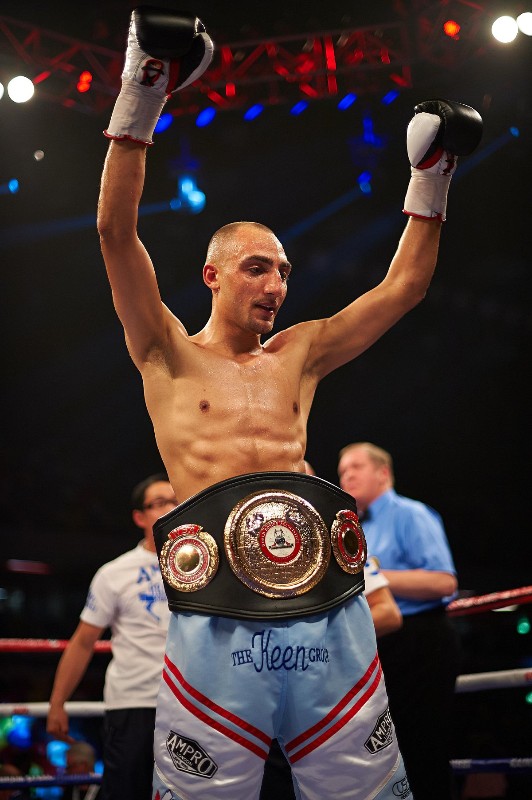 WBO European Welterweight Champion Bradley Skeete will make the first defence his title against Brunet Zamora at the SSE Arena, Wembley, on Saturday 9th May.

The Penge warrior is on the comeback trail and made a stunning return to the ring in February when he destroyed Anzo Gamgebeli inside a round to win the belt and WBO number seven world ranking.

It was the first fight back following his very close and controversial points loss decision to Frankie Gavin last November and Skeete proved that he meant business by despatching of the Georgian in quick time.

“Super” Skeete is looking to make quick work of challenger Zamora, but the Italy based Cuban, a tough and experienced former EU Champion and WBA Interim World title challenger, has 31 fights under his belt. Although Zamora has three losses on his record, he has never been stopped and Skeete says he can be the first.

“Zamora’s a good name for me in my second fight back,” Said Skeete.

“He’s competed at world championship level, he’s got plenty of experience and has never been stopped, to me he’s a dangerous challenger and he’ll be looking to cause an upset by beating me over here,”

“When an opponent I’ve faced has never been stopped, in my mind I want to get the stoppage to shut people up who say I can’t punch. I’ll be looking to be the first to stop him and make a big statement,”

“The Gavin loss has made me hungrier and more determined to get to the world title. I still say that I won that fight against him, but I’ll get the chance one day to right it. Right now I’m focusing on Zamora and making sure I do a good job on him.”