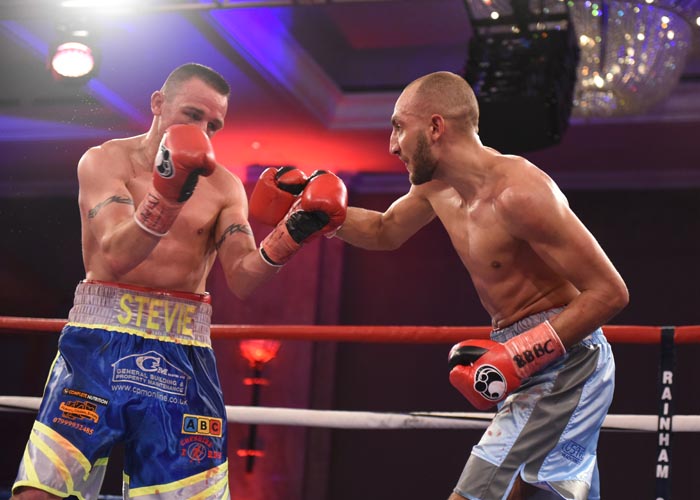 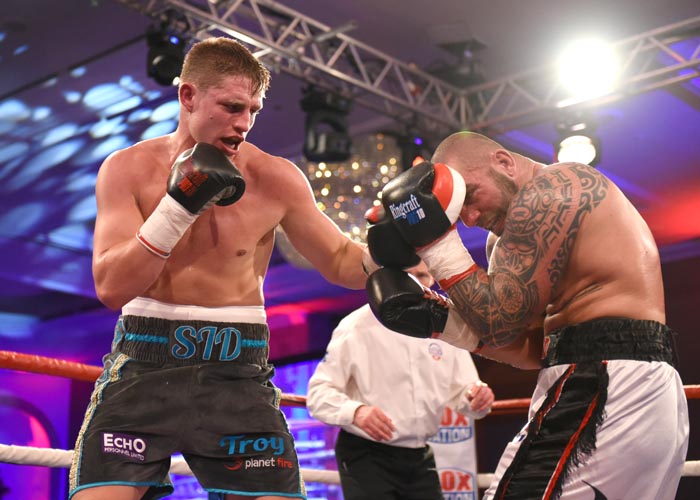 Skeete was punch perfect as he delivered a boxing lesson to “Wallasey Express” Williams who threatened to snatch the title from him in the build-up, but was totally outclassed by the Penge master boxer.

“Super” Skeete’s perfect jab kept Williams at bay all night and he peppered the Merseyside fighter with punishing combinations everytime he got in close. The 28-year-old, who was making the third defence of the title, won on all three judges’ cards.

He said afterwards, “He lived up to his nickname of the Wallasey Express because he kept coming and coming. Williams was tough as I expected and I went looking for the stoppage, but he was a hard guy. I thought that the referee was going to jump in when I started to land with clean shots and his face was starting to get smashed up, but he stuck in there. I’m pleased with the performance and ending the year undefeated with my title and now I can look towards a big 2016 and that British title.” On the undercard, unbeaten cruiserweight Simon Barclay outpointed Hungarian Tamas Polster over six rounds with a good boxing display to win every round. 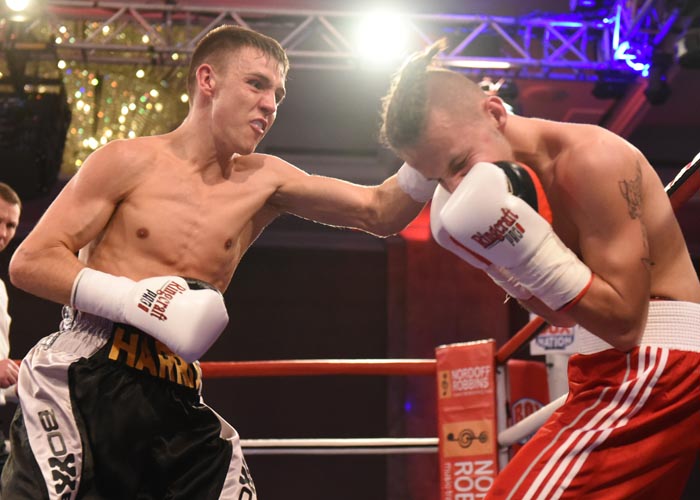 The Corby prospect boxed well behind a tight guard and used his longer reach to keep off Polster with his straight punches. Fast rising Welsh ace Jay Harris took his record to a perfect 7-0 with a third round stoppage of six-rounder against Hungarian David Koos.

The hard-hitting super-flyweight ripped into Koos with fast combinations and focusing on the body with some powerful shots. 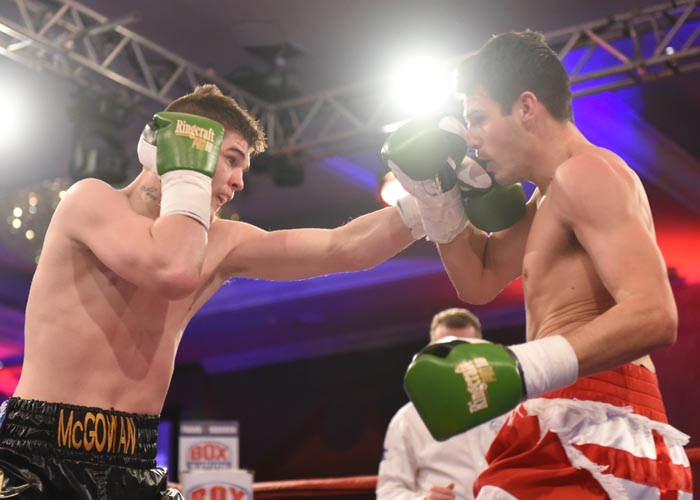 In the third Harris stepped it up doubling up with hooks to the body and hurting Koos, with Harris beginning to offload on Koos, the referee called a halt. Manchester super-welterweight Macaulay McGowan came through a tough and gruelling contest against Nuneaton’s Sullivan Mason to win 59-55 on the scorecards.

It was a scrappy affair with McGowan trying to force the fight and get inside the taller Mason and land a clean punch, but often became tangled up and the referee having to separate them.

The glittering, star studded, night was in support of the national music charity Nordoff Robbins, to raise funds for the vital work Nordoff Robbins undertakes in transforming the lives of vulnerable children and adults. Nordoff Robbins works with people with a range of challenges such as autism, dementia, depression and physical and learning disabilities through the power of music.