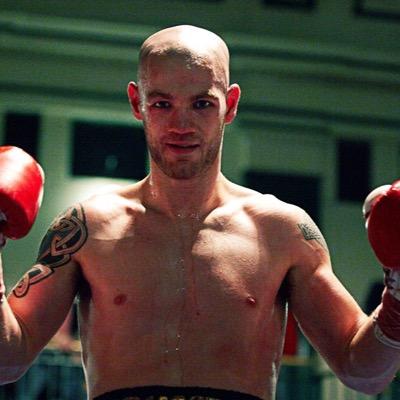 30-year-old Monkhouse stretched his record to six wins from eight contests thanks to a convincing four-round verdict over a tricky opponent in what was his first fight since losing to big-hitting Latvian Ivans Levickis 12 months ago.

“It was really pleasing to get my hand raised again and get back to winning ways after a turbulent year out of the ring” he explained on Monday. “I had watched a couple of Griffith’s previous fights and talked to one or two of his opponents so knew exactly what to expect, but it didn’t make him any easier to get used to”.

“He’s a rangy southpaw who looks to fire off quick counters and tie you up on the inside so it takes a while to come to terms with that”. “In a four round contest however that’s a luxury you don’t really have so I had to just force the pace a bit and hope the referee spotted I was the one making things happen, which luckily he did”.

“The fight perhaps looked closer than it was at times but I didn’t ever feel in trouble and my corner team of trainer Davie McKenna and manager James Paisley thought I won every round, as did I.” “No taking away from Liam though he’s a talented fighter, knows the game inside-out and is a real gentleman, he was the first in my changing room congratulating me so he’s a credit to the sport”.

Monkhouse, nicknamed ‘Mad Monk’ following a popular Twitter competition run by his sponsors to find the fighter a handle, hopes that comeback victory is just the start as he explains his move to Scotland and upcoming home town debut.

“My family all still live in Greenock so it was great to move closer to them, my father was a professional so he’s always on hand with a bit of advice, and I’ve teamed up with former British and Commonwealth champion John Simpson which has got me loving the game again.” “John has some big fights left in him and is training for championship contests so I am shadowing him which is putting me in a great position, learning, getting fitter, doing more rounds and picking up vital experience and little tricks of the trade like knowing when to work, when to rest and how to look after your body”.

“I’m due to fight on a massive show at the Greenock Town Hall on Friday 15th May on the undercard of Simpson and featuring the areas hottest talent”. “That will be my first fight as a professional on Scottish soil and the first in my home town ever, I’m really looking forward to it and it will be a bumper crowd of about 800 with many of my supporters getting the chance to watch me live for the first time, it’s the first pro show in the area for about 40 years so we’re making history there”. “With that win in London under my belt confidence is returning to my game and those in attendance should see the best of me”. “I want to keep busy, try and get three fights before the summer and, of course, keep winning”.

Tickets for a historic evening of professional boxing at the Greenock Town Hall on Friday 15th May, featuring John Simpson and Frankie Monkhouse, are priced at £65 ringside table with three course meal and £40 standard can be purchased here – http://www.frankiemonkhouse.com/tickets.html or by calling 07939316898.

Frankie Monkhouse would like to thank his sponsors www.OLBG.com, Jenningsbet, Gill Aggregates and Snap Fitness for their continued support.