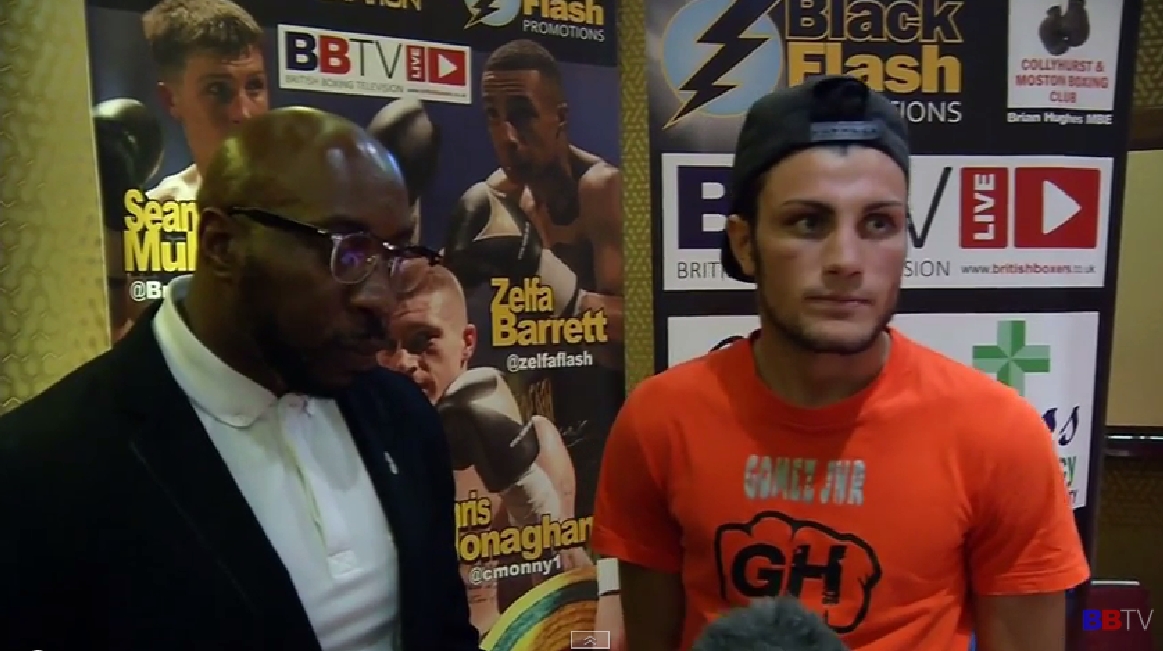 Michael Gomez Jr is a professional super-bantamweight prospect from Manchester 2-0. Son of the former British champion Michael Gomez he is now training out of the same gym as his dad did, the Collyhurst and Moston in Manchester under former fighter and Black Flash Promoter Pat Barrett. Here the coach and boxer talk about working together and Gomez’s next fight on May 30th at the Middleton Arena