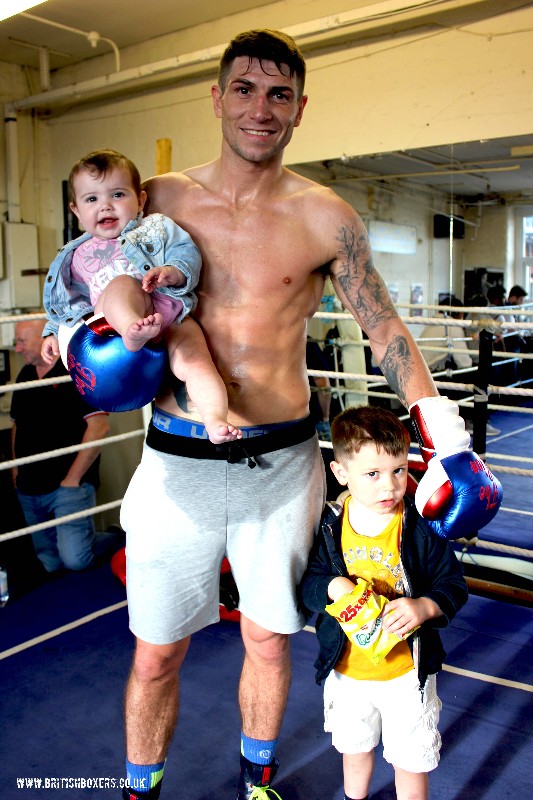 BRIAN ROSE SAYS HIS CAREER IS ON THE LINE IN HULL

Blackpool star says he must beat Jones on August 1

Brian Rose says he must beat Carson Jones to keep his career alive as they meet in a rematch on August 1 at the KC Lightstream Stadium in Hull, live on Sky Sports.

Rose lost to Jones on Valentine’s Day in a dramatic one-round blitz, hurting Jones early in the piece only for the American to turn the tables on the Blackpool man and stun Rose’s hometown fans with the controversial stoppage win.

The 30 year old former World title challenger has bounced back from a damaging defeat before, beating Max Maxwell in a British title defence in March 2012, almost two years after Maxwell had stopped him in an eight-round clash – and Rose believes he will gain revenge on the Oklahoma danger man.

“I have to win this fight and there are no ifs or buts about it,” said Rose. “I have come back from worse than this and everyone knows I have a big heart.

“A lot of people can’t come back from defeat – I can and I have proved it before. I want to clear up what I should have done in the first fight, and I have never been more determined in my life before a fight.

“Everybody said before the last fight that it was a mis-match and that I would beat Jones, and it didn’t happen. Now it will be regarded as a big fight.

“I am more confident than I was when I fought Max Maxwell for the second time after he had beaten me in the first fight.

“I beat Maxwell and I intend to do the same against Jones. There is no doubt Jones is a good fighter – he took Kell Brook the whole way and he beat me in a round in Blackpool, although I thought that if was stopped too early.

“I hurt him early in the first round in Blackpool and maybe I got too excited after that. That is normally not like me, and I will go back being cautious, which is how I normally approach things.”

Rose’s rematch with Jones is part of a massive night of action in Hull topped by the all-Hull WBC World Lightweight title official eliminator between Luke Campbell MBE and Tommy Coyle.

Brian Rose and Bobby Rimmer having a laugh

Brian Rose with his two children at the gym after training