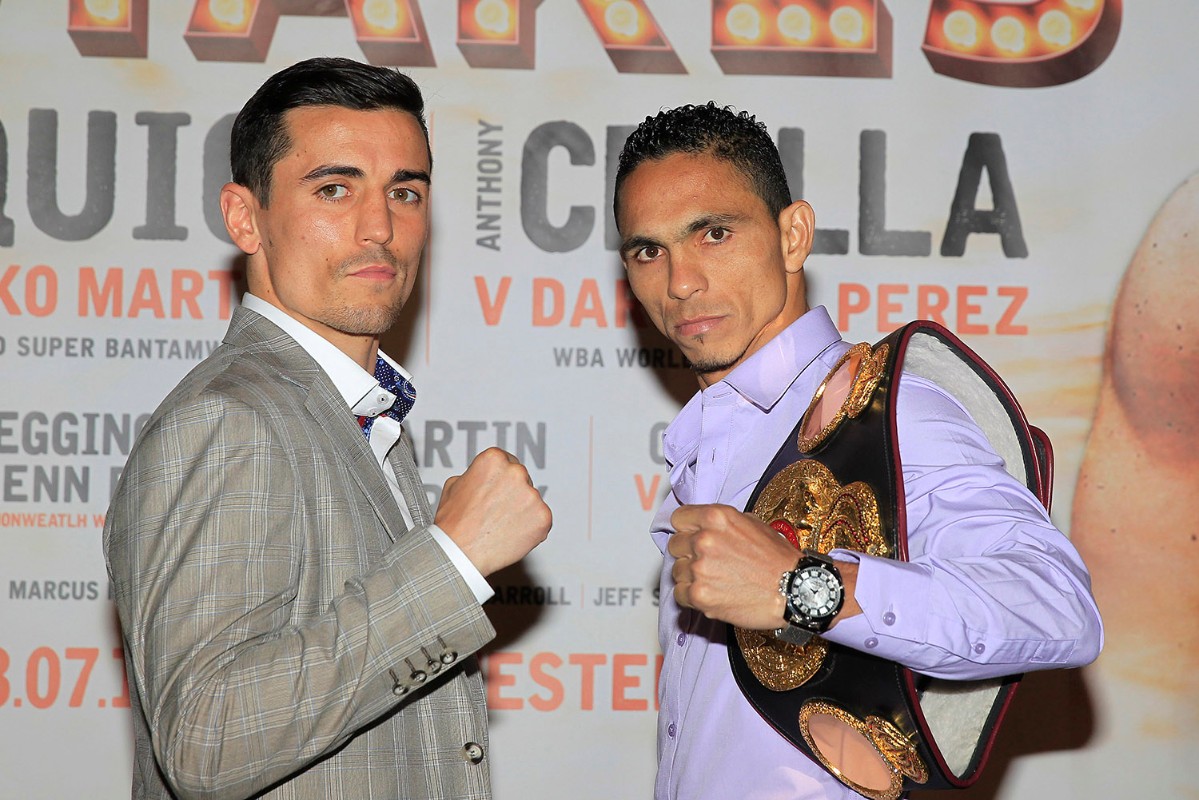 CROLLA: I WILL PRODUCE CAREER-BEST TO BEAT PEREZ

Manchester hero says he will deliver for the home fans

Anthony Crolla says he knows he has to put in the performance of his life to take Darleys Perez’s WBA World Lightweight title from him on Saturday night at the Manchester Arena live on Sky Sports – and has promised his fans that he will deliver.

Crolla had a January World title shot at Richar Abril cruelly taken from him when he was brutally attacked when interrupting burglars at his neighbour’s home in Chadderton in December, with the fractured skull and broken ankle destroying that fight.

It has been a gruelling road back from ‘Million Dollar’, but he returned to the gym and moulded himself into the best shape of his life ahead of his clash with the classy Colombian, and the 28 year old believes he will grab his destiny with both hands on Saturday night.

“I need a career-best performance on Saturday night to win,” said Crolla. “But the way I have prepared and the way I feel physically and mentally, I know I can bring that performance out of myself. It’s going to be an amazing atmosphere and those fans will drive me onto victory.

“Physically I am in the best shape of my life, without a shadow of a doubt. Fighters never say otherwise, but my camp has been brilliant. I’ve had no injuries or niggles, which is a relief after everything that happened. I’m in a brilliant place and ready to become World champion.

“Stylistically, Perez and Abril are very different and styles make fights. I think it will be a better fight to watch as our styles will gel well. Perez is a very good fighter, he’s got power in both hands and he’s a very good counter-puncher. I know I have to be switched on from the word go.

“Tactics are going to be important on Saturday night and with Joe Gallagher in my corner, I know he will have left no stone unturned in setting up the game plan.”

Crolla’s date with destiny against Perez is part of a huge night of World title action in Manchester as Crolla’s gym-mate Scott Quigg defends his WBA World Super Bantamweight title against Kiko Martinez.