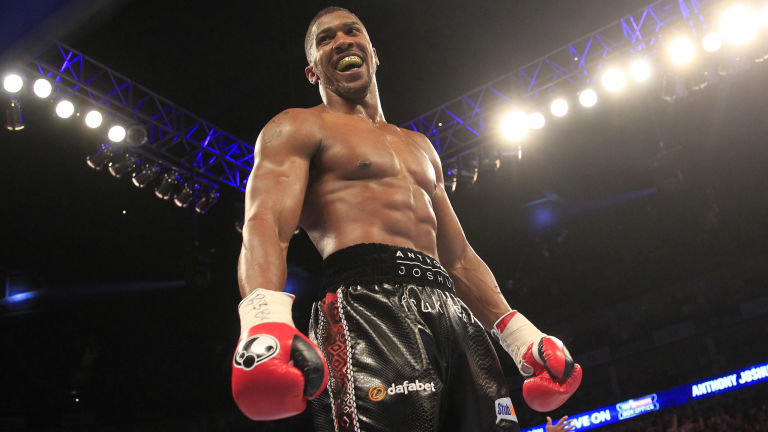 Anthony Joshua MBE will face Gary Cornish in his first major title bout with the vacant Commonwealth Heavyweight title on the line at The O2 in London on September 12, live on Sky Sports.

Joshua has raced to 13-0 with 13 devastating KO wins since turning pro and now looks to add major belts to his Olympic gold medal, starting with the Commonwealth strap.

Scotsman Cornish will have other ideas though, as the unbeaten IBO Inter-Continental champion looks to travel south of the border and shock Joshua. The 28 year old is no stranger to boxing in London with three of his 12 KO wins from 21 fights coming in the English capital. The clash also represents a return to bigtime Heavyweight boxing for Kellie Maloney, who recently joined the Gary Cornish team to assist the Inverness man’s long-term manager and promoter Tommy Gilmour.

Joshua is in the process of turning The O2 into his boxing fortress though having made his debut in stunning style there in October 2013 with a first round KO and followed that with a pair of impressive second round wins at the Greenwich venue – takin out Denis Bakhtov a year after his debut to land the WBC International title and most recently inflicting a first stoppage loss on former World title challenger Kevin Johnson in May. Joshua and Cornish will come face-to-face for the first time on Monday at a press conference in London.

There is a bumper card packed with cracking action in support as Dave Ryan and John Wayne Hibbert return to the venue of their brilliant battle in May, where Ryan claimed a ninth round win having hit the canvas twice in the first half of the fight.

Brixton’s Dillian Whyte will have his eyes on the main event on the night as he looks at a fight with the winner in the winter and continues his preparation having already been added to the card in Hull on August 1, where Joshua’s fellow Olympic gold medal hero Luke Campbell MBE meets Tommy Coyle, live on Sky Sports.

Unbeaten St. Neots talent Tommy Martin faces Islington’s Charlie Rice, there’s a local derby between Ricky Boylan and Danny Connor, Watford starlet Reece Bellotti will be looking to extend  his hot KO run to three since his May debut and there are pro bows on the card for bright young prospects Ted Cheeseman and Jake Ball.