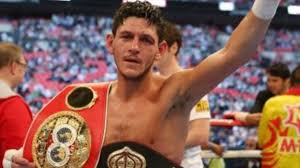 McDonnell successfully defended his WBA “regular” title against the hard hitting Kameda last May, with the Briton bravely battling back from an early knockdown to claim an impressive unanimous decision victory.

September’s rematch comes after the challenger exercised a rematch clause that was included in the contract for his first encounter with McDonnell.

“I’ve beaten him once and I’m certain that I’ll do an even better job on him next time around,” stated McDonnell , displaying his usual dignified confidence.

So it’s out there! JamieMcdonnell1 will rematch @TomokiKameda for the @WBABoxing title September 6 in Texas! ?? @SkySportsBoxing