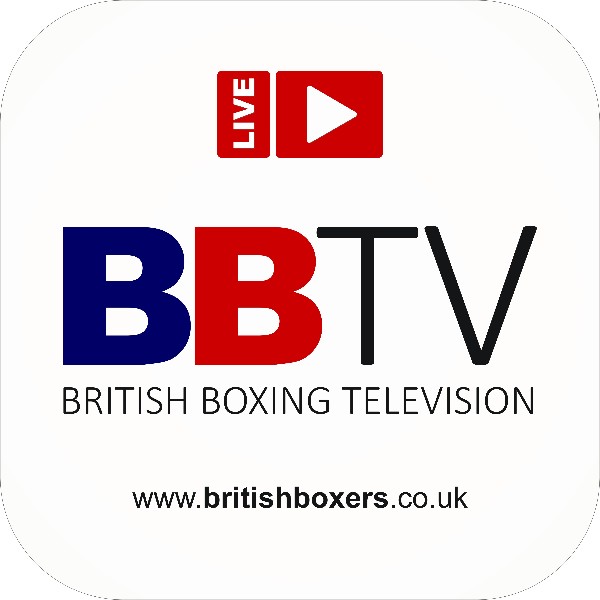 Subscribe here for updates and links to our live boxing stream

The show will feature all unbeaten boxers. Topping the bill in his first six round fight is highly rated super-featherweight Zelfa Barrett. Zelfa has been gathering rave reviews and was recently shown to a wider audience on Sky Sports when he fought on a Matchroon Boxing show. This will be his 7th pro fight within the first year of his career and he hopes to continue his fast paced regular fights and build his pugilistic education. But it wont be long before the talents of the ‘Brown Flash’ are there for everyone to see. Zelfa has the potential to be a world class boxer, don’t miss the future of British boxing on BBTV.

Young Michael Gomez jr will look to continue his unbeaten run in his 5th outing. The son of the former British boxing legend, Gomez Jr is a chip off the old block with talent in abundance and has all the capabilities to emulate his fathers success, a star in the making.

WATCH ONE OF OUR LAST LIVE SHOWS HERE

‘Fat Boy’ is back! After getting married recently, Salford’s tough stylist Chris ‘Fat Boy’ Monaghan will have his 3rd fight under Black Flash Promotions. Monaghan is tipped for big things as a pro and is one to watch, always exciting and comes to fight.

Former Cameroon and Commonwealth games heavyweight champion Blaze ‘The Lion’ Mendou will continue his pro career at Cruiserweight after shedding 4 stone in weight to get to the weight. From a podgy short walk forward heavyweight, ‘The Lion’ is now a trim, chiselled cruiserweight, light on his feet and fitter than he has ever been. At 30, he knows time is not on his side and wants to take the division by storm. Having fought against some of the best heavyweights in the world as an amateur and being able to absorb the punches, at cruiserweight he feels much stronger and feels he has kept his heavyweight punching power.

Local Bury favourite Fahim Mohammed, will make his home town debut after recently joining coach and promoter Pat Barrett at his gym, the Collyhurst and Moston in Manchester. Barrett is not one to just take on any fighter, but he has seen something in Fahim that he likes and believes he can become a very good boxer. After getting injured in a serious car accident and getting involved in the wrong circles, the Bury youngster, still only 19, has come to Barrett to help turn his life around and continue his career under his new coach after having two fights already he is ready to fulfil his Hugh potential.

Making a debutant appearance on a Black Flash show will the exciting Sam ‘Hitman’ Hyde, this cruiserweight power house is trained by former champions, Ensley Bingham and Maurice Core at the Champs Camp, and will be a very welcome addition to an already nice small hall running order.

The bill is topped off with the much anticipated professional debut of female boxing sensation Laura ‘Cyclone’ Kelly, granddaughter of the great Manchester fighter and world title challenger, Edward ‘Cyclone’ Kelly. The ‘Cyclone a multi National champion and top European amateur has always dreamed of being a professional boxer and under Black Flash Promotions has been given that chance. She is determined and confident she can blast herself up the world rankings and be fighting the top female boxers in the world within the next couple of years, her journey starts on October 31st Halloween night in Bury with us.

#BBTVLIVE – for Twitter information and Links about show and Live updates.

Don’t miss this great night of boxing action on Halloween!

Tickets for the show are still available from @BlackFlashPromo at £30 and £60 Ringside.

Watch the full show HERE Live and Exclusive on BBTV 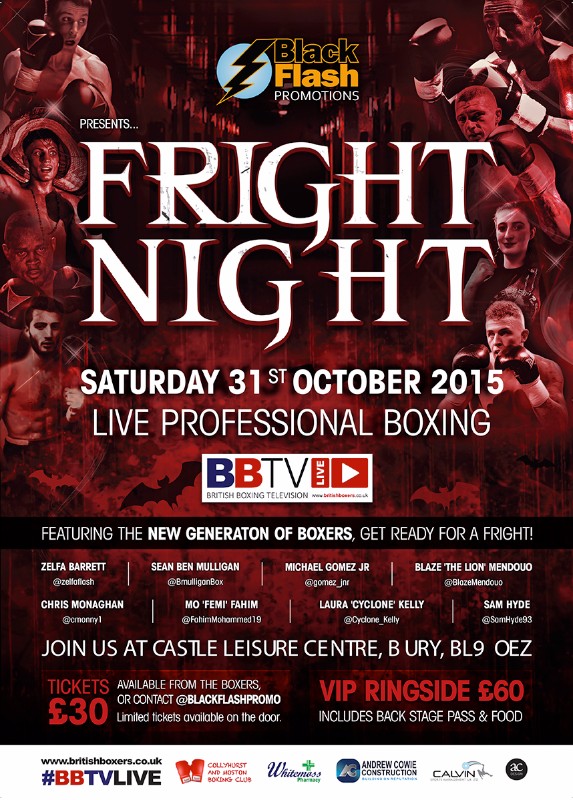