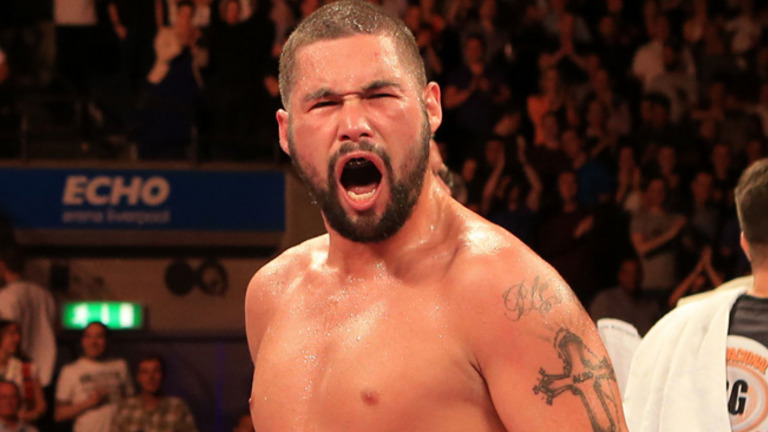 Tony Bellew goes for continental honours on December 12th as he tackles tough Pole, Mateusz Masternak, on the Anthony Joshua v Dillian Whyte super show at London’s 02 Arena. Now an established cruiserweight following a successful stay at 175lbs, Bellew faces arguably his toughest task when opposing the hard hitting Masternak and trainer, Dave Coldwell, insists that the Liverpool man has to be at 100 percent if he’s to get the job done.

“Barring Adonis Stevenson, this is the hardest fight of Tony Bellew’s career,” declared Coldwell. “He’s big, he’s durable and he can punch early or late so it’s a major threat and a threat that myself and Tony are treating with the utmost respect. This is the fight that’s going to put Tony so close to the massive names in this division and he’s one step from landing himself a brilliant opportunity and finally getting his hands on the world title that I know he can win. The same rewards await Masternak and he’ll be preparing just as hard but I’m certain that I’ve got the better fighter and Tony will prove how good he is on December 12th.”

Bellew’s run at cruiserweight has been a successful one thus far with a series of wins against varying levels of opposition. Wins over Valery Brudov and long time nemesis, Nathan Cleverly, are the standout performances but a dominant win over Masternak will eclipse both those performances with a world title shot likely for the victor.

“We’re so close to where we want to be so it’s important that Tony keeps his focus firmly on Masternak as it’s a result that will speak volumes in this division. Apart from a robbery in South Africa, only the very best have beaten Masternak and if Bellew is to go on and fulfil the potential that I know he’s got then he also has to beat him. This fight comes with a lot of risk but the rewards are fantastic. This is going to be a superb fight for boxing fans to enjoy and it’s also the fight which establishes Bellew as a true cruiserweight threat.”