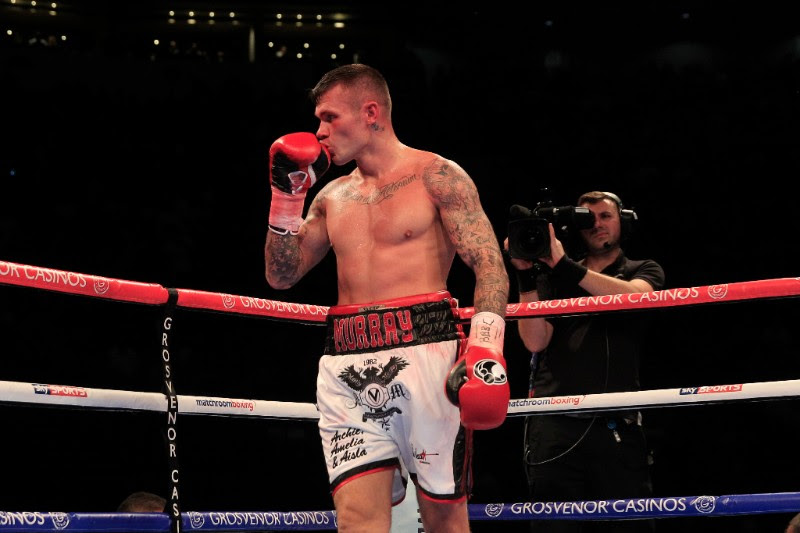 Martin Murray (32-2-1, 15 KOs) believes the time has come for him to be crowned World Champion as he prepares for his fourth World title tilt against WBO World Super Middleweight Champion Arthur Abraham (43-4, 29 KOs) on November 21 at the TUI Arena in Hannover, Germany, this Saturday, November 21.

The fight will be part of a split-site championship doubleheader that will also pit WBA Lightweight champion Darleys Perez defending his title against Anthony Crolla from Manchester.

The St. Helens man is unlucky not to have already claimed World honours having been held to draw by Felix Sturm in 2011 and finding himself on the wrong end of a continuous points decision to Sergio Martinez in 2013.

A brave performance against Gennady Golovkin followed in 2015, but was not enough to capture the Kazakh’s middleweight titles. Now, the former British and Commonwealth Champion believes the ‘time is right’ as he intends to draw on past experience to dethrone the German Champion.

”Abraham is a great champion and I’m expecting a tough fight but I just feel that the timing is right for me now,” reveals Murray. ”I think my first World title fight against Sturm may have come a little bit too early. I jumped straight from domestic to world level, so even though there was an argument to say I won that fight, I think it came to soon for me.

”Against Martinez, I knew I could win but going into the fight there were still some doubts. Whereas this time, I know I have it within me to win. I’ve got the ring experience, I’ve got the know-how, and I really feel, despite being in Germany, I’m going to get a fair crack of the whip.”

Murray, who has recorded three wins inside the distance since moving up to super middleweight, says he is expecting the ‘best Arthur Abraham’ having been impressed with the Champion’s recent performances.

”Arthur has looked great in his last two performances,” said the 33 year-old. ”I think I’ll be facing the best Arthur Abraham on Saturday night. He may of overlooked Paul Smith a little bit in their first fight, but I don’t think he is going to overlook me. He knows this is a massive fight for him and a risky fight, so I’m sure he’s going to turn up in top condition.”