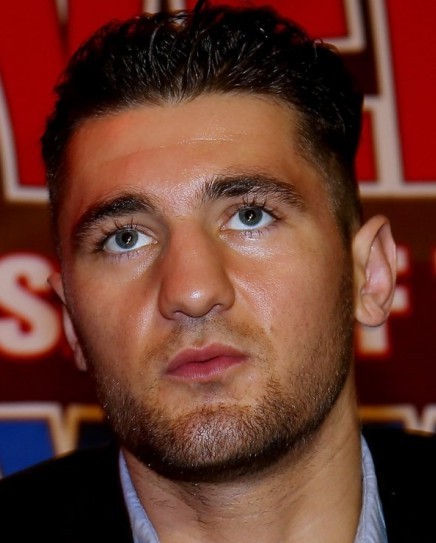 Nathan Cleverly will make his return to the ring and his cruiserweight debut on the Dereck Chisora undercard at London’s Copper Box Arena on 8 February.

The former WBO light-heavyweight champion moved up in weight after losing his world title to the big punching Sergey Kovalev in August, via a 4th round TKO.

The Cefn Fforest boxer, 26, was originally due to make his comeback last month but suffered a back injury in training. He had been due to face Australian Daniel Ammann, and it is believed that will still happen in the rescheduled bout.

The pair had been set to fight for the vacant Commonwealth cruiserweight title at at the Copper Box on 30 November before Cleverly picked up the injury, it is not yet confirmed if the belt will be sanctioned for this fight.

Tony Bellew meanwhile is already eyeing a rematch with Nathan Cleverly after joining his old rival at cruiserweight.

Bellew lost his WBC light-heavyweight title challenge against Adonis Stevenson last weekend, after the defeat Bellew said he too would continue his boxing career at the higher weight.

Liverpool’s Bellew challenged Cleverly for his title, losing a narrow points decision, and is in no doubt that the pair are on collision course again.

“There’s no two ways about it, I detest him and he doesn’t like me, so it’s going to happen,” he told Sky Sports.

“I feel I was one of the biggest light-heavyweights in the world, but there’s no point if you can’t put it to good use.

“I’ll gain the weight the correct way, and I’ll enjoy putting weight on and getting back to fighting guys with a more similar size and build to me.