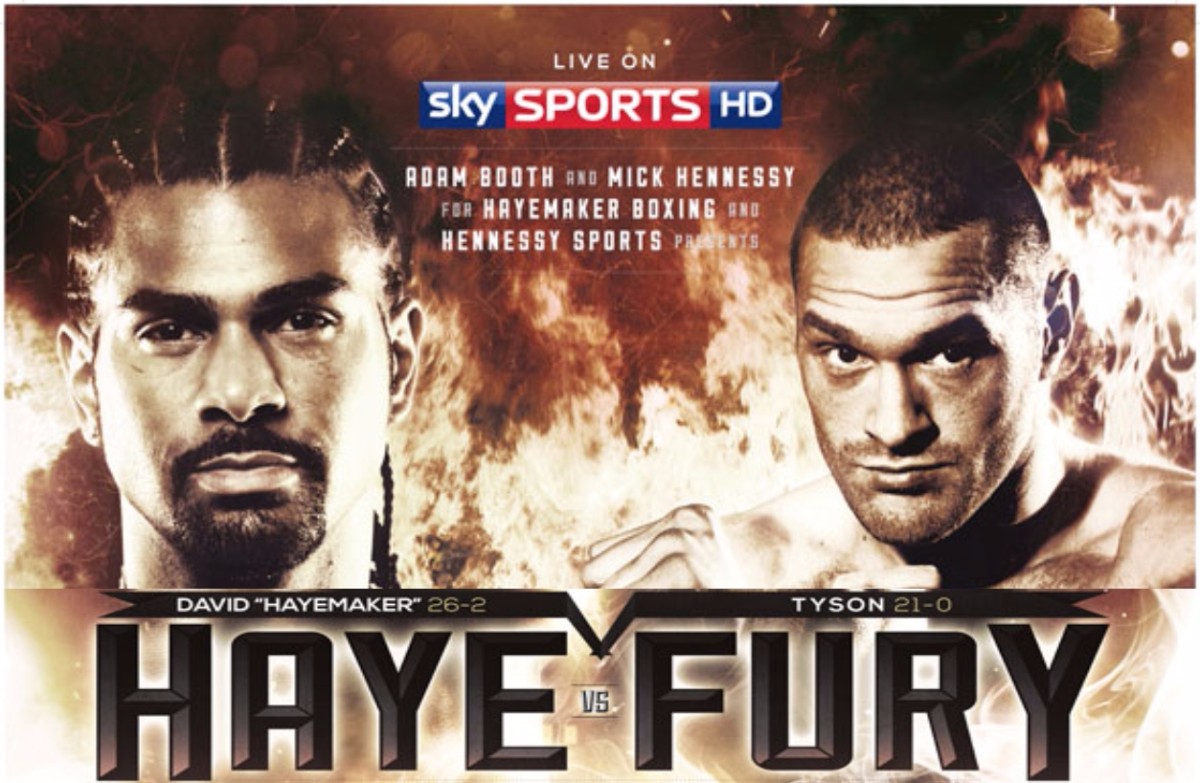 Reigning heavyweight champion of the world Tyson Fury is not prepared to forgive and forget when it comes to his British rival David Haye.

In the aftermath of Fury’s monumental victory in Germany on Saturday night, defeating Wladimir Klitschko to be crowned champion, one man’s named popped up immediately and it was widely circulated and agreed on social media and in the press, that Haye would be an ideal opponent for Fury to make a mandatory defence against and a massive fight for British boxing,

Haye, 35, the former heavyweight and cruiserweight champion of the world, who takes on Australia’s Mark de Mori in London on 16 January in his return bout, recently announced his comeback after 3 years out of the ring and heightened the possibility of a future Fury fight when he made a statement saying; “Tyson Fury is the number one in the division now. Mark de Mori is ranked number 10, I need to work my way up to two, to number one contender, to get to Tyson Fury.

“If people want to come and support me on this journey to Tyson Fury then feel free, because it’s going to be a fun ride.” added Haye.

Fury is having none of it!

The gypsy Warrior who shocked the boxing world in overcoming Klitschko to secure the WBA, IBF and WBO straps, says he has no intention of accommodating Haye, and says he would rather relinquish the belts than face the Hayemaker.

Fury and his team have never forgiven him for pulling out of two scheduled fights in 2013 and causing them mental strain, financial loss on training camps, sparring partners, not to mention the 5million pounds purse on the table.

WATCH: How pumped up Fury was in training camp ahead of his fight with Haye.

Continued… So with that all in mind and scars still not healed Fury was quick to respond to the Haye’s plans; “Absolutely point-blank, I will say Haye will never get a chance after what he did to me, I will never give him a payday.” barked the heavyweight champion of the world.

“Let him fight the next challenger. I’m not giving him a payday.

“I don’t care if he says I can make 10million, it’s not about money for me. I’m not here about the money, because, let’s face it, the next fight with Wladimir Klitschko is going to be for a lot of money.

“He is getting no opportunities from us. He is a pretender, a fraud.”

So dont hold your breath on a Fury vs Haye anytime soon! But in seriousness, now that is a BIG Fight to be made and yes the history and bad feeling still cuts deep but if that could be overcome and the bridge could cross them troubled waters, then that fight would sell out Manchester United’s ground, Old Trafford and even Wembley would suffice.

There is plenty of time for the heavyweight division to manifest and find it’s shape now. Tyson Fury and Deontay Wilder both rule the roast. Two young fresh unbeaten, flamboyant guys, on collision course, absolutely! The Klitschko era is over, the heavyweight division has shifted dimensions and a new history is about to be written and remembered for all time.