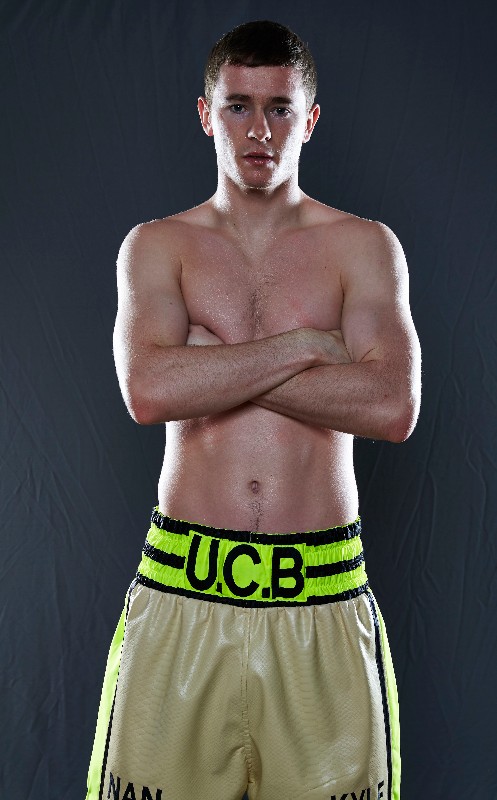 Anthony Upton’s English super-lightweight title clash with Joe Hughes has been made an official eliminator for the British crown.

And the victor will move a step closer to a showdown with the winner of the upcoming dust-up between Chris Jenkins and Tyrone Nurse.

“Receiving confirmation that Anthony will be boxing in a British title eliminator was great news,” promoter Ricky Hatton, who is also Upton’s trainer, said.

“He’s was over the moon to be boxing for the English title, but now he’s got another incentive to put on the sort of performance I know he’s capable of.

“Anthony hasn’t even boxed for an area title as yet, but I believe he’s more than ready for the English belt and if he wins this then we can start looking towards the Lonsdale belt.

“It’s still early in his career and obviously we don’t want to rush him, but nobody should turn down the opportunity to move closer to the British title.”

With 13 wins from 14 outings, Joe Hughes presents a very stern test for Upton, but Hatton is sure that his charge has the tools to score an empathetic victory.

“Anthony hasn’t lost a round since turning professional and he seems to get better in the gym everyday so I believe he’s more than ready for this,” Hatton said.

“He’s had 11 fights and he’s at the stage where he’s making that step up to title level. I won my first pro title in my 11th fight at the same weight so I can gauge where he’s at well and he’s more than ready to take the fight to Hughes.

“It won’t be easy as Hughes is a very good champion. I just feel we’ll have the game plan ensure Anthony beats him.”

Market Harborough super-welterweight Reuben Arrowsmith has his second professional fight, while hard-hitting Wednesbury welterweight Sam Evans is aiming to score another stoppage after blasting out Zaurs Sadihovs on his debut last month.