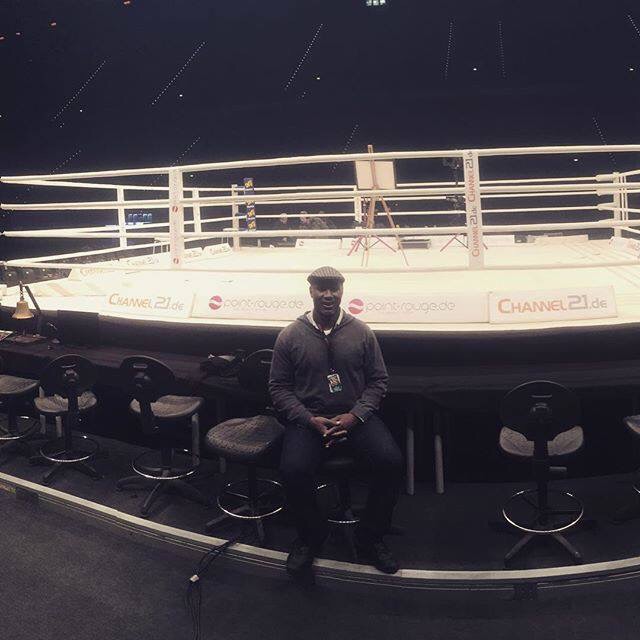 Lennox Lewis: “Tyson was in his head BEFORE the fight.”

Prior to Tyson Fury’s world heavyweight title challenge against Wladimir Klitschko last week, in which he claimed a unanimous points victory to be crowned champion, all just didn’t seem right.

First there was an issue with the type of gloves Klitschko and Fury were to use. Klitschko’s proposed choice of gloves for the fight didn’t meet Fury’s expectations, after refusing to use the gloves Fury was given the choice of another pair, he says he didn’t get the gloves he was promised come the fight.

“Stepping into the ring felt like being on a mattress during a pillow fight.” – Lennox Lewis

Then there was the problem with the hand wraps. Each boxer bandaging their hands prior to a world title fight, must have a member of the opposing team over looking the process incase of any misdemeanours that may occur. Klitschko had his hands bandage up and finished before anyone from the Fury contingent had got to his dressing room, Fury’s dad John threatened to call the fight off at the 11th hour but Klitschko agreed to have them re-wrapped.

Sandwiched somewhere in between these two incidents was the issue with the ring canvas, well underneath the canvas was the problem flagged up. Fury and his coaches tested the square circle for size a few hours before the event and were greeted by a ring floor that resembled a bed! Infact upto three layers of foam and other think coverage were revealed when the Fury’s delved deeper and again the fight was in jeopardy as they called to have layers removed.

Click the play button above to see the debate at ringside between Fury’s promoter Mick Hennessey and Wladimirs brother Vitali Klitschko about the ring.

It was suggested by team Fury that the champion was trying to gain an advantage in the fight and it was designed to slow Fury down. The calls and threats were serious and persistent and the promoters eventually agreed to rectify it and bring it line with what all agreed was sufficient. Fight back on…. Fury goes on to write a new chapter in boxing history and becomes the new undisputed heavyweight champion of the world, the first since Lennox Lewis’ last fight in 2003, when he retired as champion.

Lewis and Fury have had a few spats over the years, mainly on Twitter (does that count) but unlikely Fury allie Lewis who was at the fight on Saturday in Dusseldorf Germany and had checked out the ring himself, fully backed Fury in his decision to have it changed and eludes to Klitschko looking for unfair advantage.

“This is the ring that was used during the fight last weekend. One thing that I noticed was that it had a whole lot of extra padding for some reason.” said Lewis on his Instagram page.

“Stepping into the ring felt like being on a mattress during a pillow fight.

Lennox Lewis on the ring in Germany that he says resembled a mattress.

“I’ve seen tactics to give fighters different advantages. In my fight with Mike Tyson, they built a small ring and told me it was the only one in the area they could get. I promptly bought a ring that was the size set forth, and agreed to in the contract, and shipped it to Memphis in time for fight.

“Using a small ring, would have given an added advantage to Tyson and since Don King was his promoter, these are the things people try in order to get an advantage.

“Klitschko was doing the same thing here with the padding in order to slow Fury down so it would be easier for Klitschko to catch up to him and also to take away his legs. Fury’s team discovered it and had some of the extra padding removed.

“In hindsight, the fact that Klitschko would resort to such tactics with the ring, not to mention Fury’s gloves and watching Klitschko’s hand wraps, is a signal that Tyson was in his head BEFORE the fight to me.

“There is an old saying that most battles are won, or lost, before they even take place. That seems to be the case here too.” Added the British boxing legend.