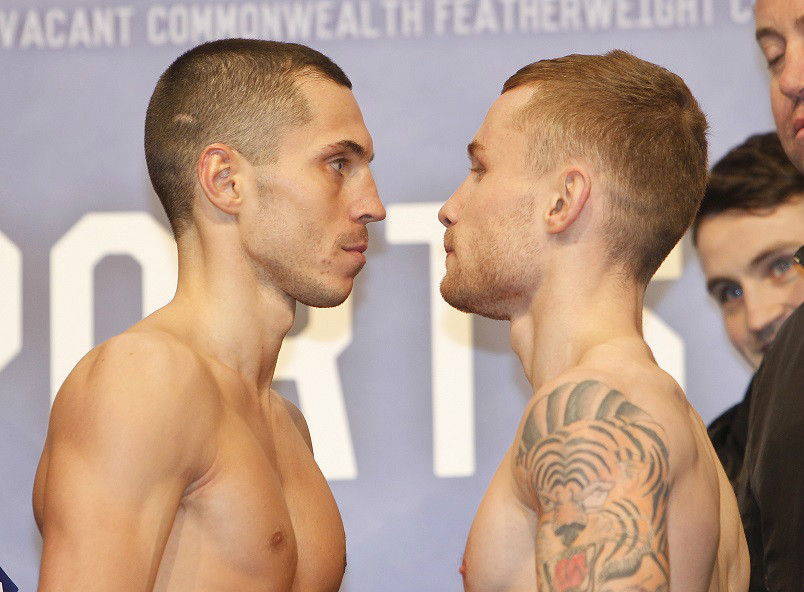 Carl Frampton 21-0 (14KOs) will take on long time rival Scott Quigg 31-0-2 (23KOs) In a unification bout for both the IBF and WBA super bantamweight titles.

Frampton from Belfast, Northern Ireland was dropped twice in the very first round vs Alejandro Gonzalez Jr in his last fight but bounced back to earn an unanimous points decision. Meanwhile on the very same night Quigg was passing his toughest test yet as he pummelled Kiko Martinez in a 2nd round TKO victory.

The bragging rights and belts will be decided live on Sky Box Office in this mouth watering match up.

Gavin McDonell 14-0-2 (4KOs) faces Jorge Sanchez 15-0 (9KOs) of Panama for the vacant WBC Silver super bantamweight title and will be looking to emulate his brother Jamie and capture a World title belt in 2016.

Also on the card-

Scott Fitzgerald (Pro debut) VS Ben Heap 0-1 in a 4 round battle.

You can catch all the action Live on Sky Box office.

More on Frampton -vs- Quigg