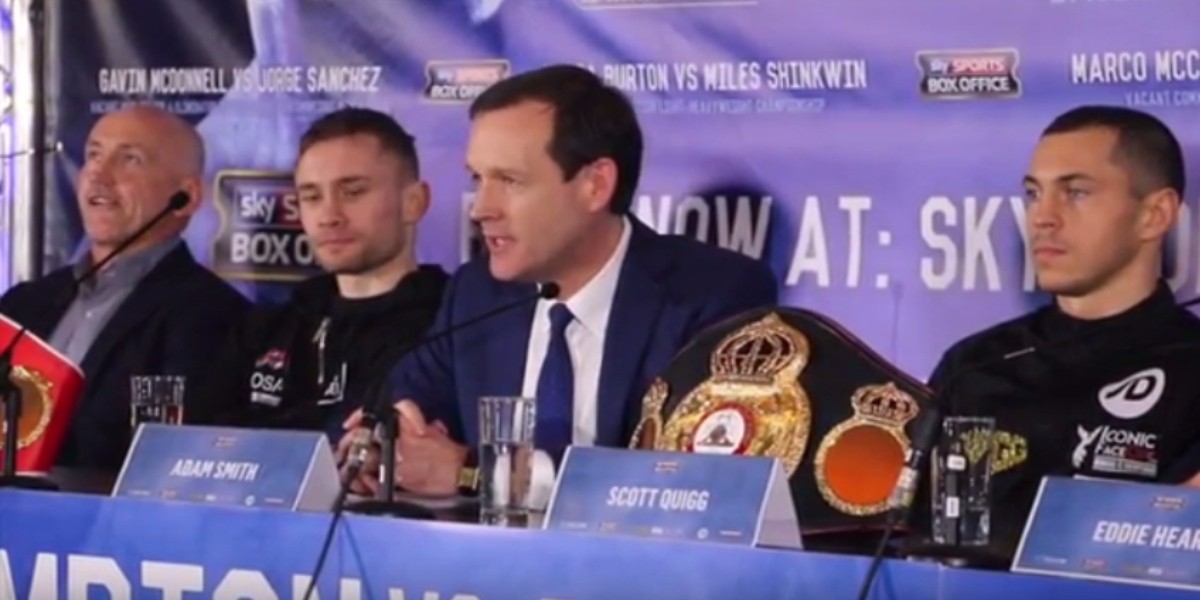 The tension is reaching fever point and the bad blood between the pair has threatened to boil over many times in the build up and it did again today in Manchester during a heated press conference in a row about who deserved the best dressing room.

Thursday’s press conference was delayed by 30 minutes over the dispute and tempers became frayed when discussing the subject in front of the media.

Later the two fighters became involved in a shoving match after Quigg took exception to Frampton patting him on the shoulder during their face-off, with Barry McGuigan and Eddie Hearn forced to intervene to separate the pair.

Tensions also ran high between Quigg’s trainer Joe Gallagher and rival handler Shane McGuigan. There is not long to go now for what promises to be a great fight.

Click on the play button on the pic above to watch the full press conference video.