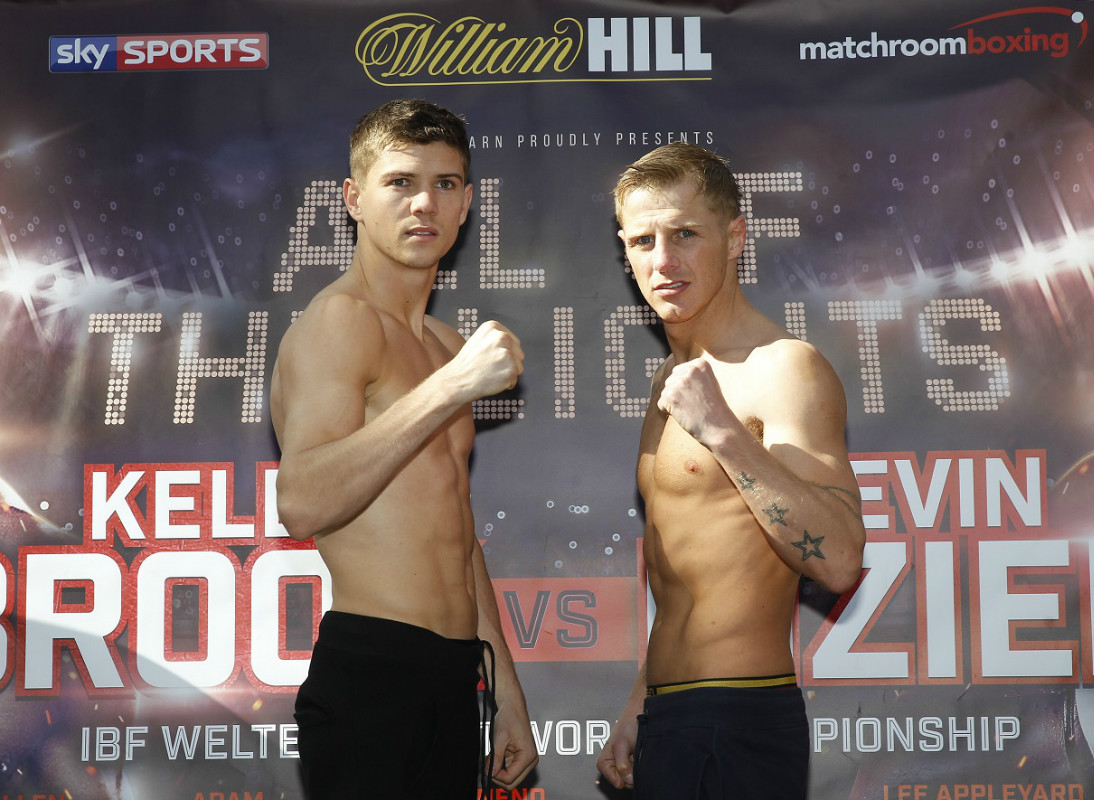 Olympic hero believes Miami sacrifice will pay off against Sykes.

Luke Campbell MBE says he will reap the rewards of his move to train in Miami as he bids to become Hull’s first ever Commonwealth champion when he meets Gary Sykes for the vacant Commonwealth Lightweight title at the Sheffield Arena tonight, live on Sky Sports.

Campbell teamed up with Cuban trainer Jorge Rubio following his loss to Yvan Mendy at The O2 in London in December, leaving his young family behind to train for months in the States as he looks to bounce back in style in the all-Yorkshire clash with Dewsbury’s Sykes.

The Olympic hero can become the first fighter from Hull to win a Commonwealth belt and the 28 year old says that his Miami move will help him make history.

“I’ve had a great camp and made a lot of changes. I’ve been coming out to Miami to see Jorge for the last year and a half but it has just been weeks here and there.

“This was the first real camp together and I’m really enjoying working with him and at that the same gym where my hero Muhammad Ali trained.

“It’s not like you are going to see a new me on Saturday, but you will see a lot more of what I’m capable of. I’m not even scratching the surface and I’ve got a lot more to come and Jorge is bringing it out of me

“You have to live the life and invest in yourself. Boxing is not a job, it’s a lifestyle, the way you prepare for each fight is vital. I don’t prepare for Joe Bloggs, I prepare like I am going to war.

“I’ve had my ups and downs over the last year but that’s life, you have to take everything that is thrown at you in your stride. There’s no-one more committed to boxing than me, I’m away from my family and sacrificing spending time with them to train in Miami for seven weeks in a new environment and with a new coach, I’m sparring different training partners.

“I’m a family man and I live a simple life. I train, fight and spend time with my kids and my wife, there’s nothing harder than being away from them.”

The Dewsbury ace steps up to Lightweight having held the British and English titles at Super-Featherweight. A clash with Liam Walsh for his British belt and the vacant Commonwealth strap ended in defeat and showed Sykes that he needed to move up, and he wants to prove he can make an impact at 135lbs and he’s no stepping-stone for Campbell.

“I don’t like the gatekeeper tag,” said Sykes. “I don’t think it reflects me or reflects what I am. I have too much balls to be a gatekeeper. When I boxed Liam Walsh I was dead at the weight and in the first round he put me down and I went through 12 hard rounds after being put down in the first. I could have just stayed down but I put myself through hell.

“I am under no illusions that they see me as a gatekeeper, but that isn’t what they going to get out of me. I am not there to make the numbers up and they’ll get the best of me that is possible.

“I thrive of being the underdog though. There is no pressure on me but there is pressure on Luke because he lost his last fight and has been over in Miami. His legs might get a bit tired in that fight with all the pressure on his shoulders.

Sykes’ clash with Campbell is part of a huge night of action in the Steel City as Sheffield favourite Kell Brook defends his IBF World Welterweight title against Canada’s Kevin Bizier.

Campbell’s clash with Sykes is part of a huge night of action in the Steel City as Sheffield favourite Kell Brook defends his IBF World Welterweight title against Canada’s Kevin Bizier.