Road Warrior DeGale getting used to fighting away 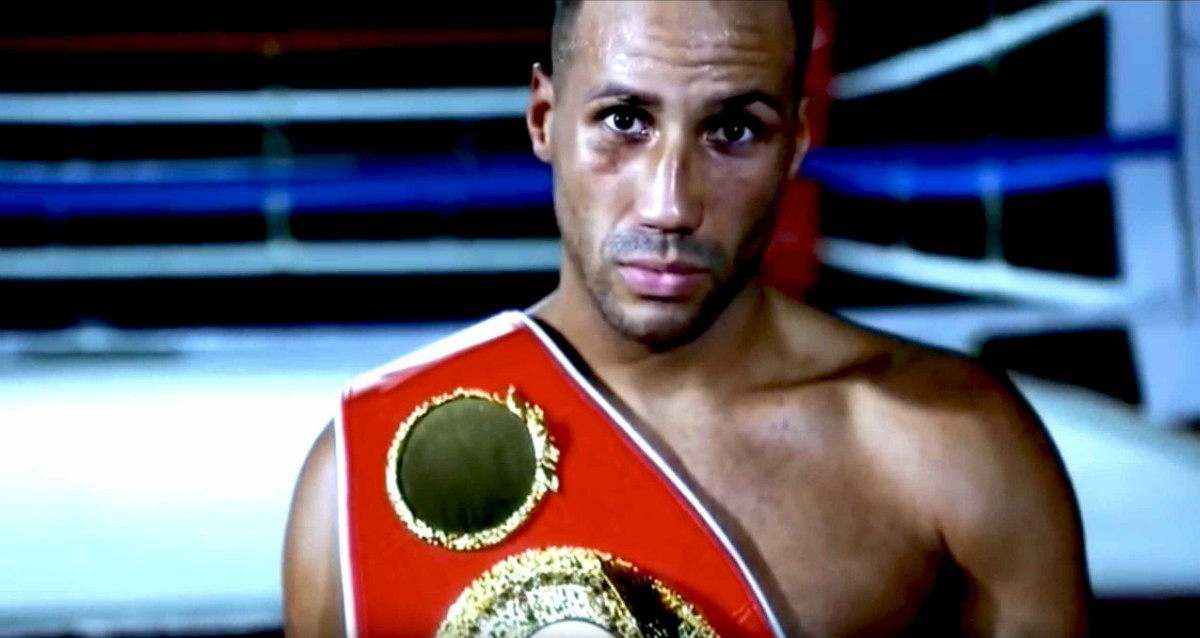 New British boxing ‘road warrior,’ IBF world super-middleweight champion James DeGale, won his belt away from home defeating Andre Dirrell last May in America. He then defended it in November against Lucian Bute in Canada and next weekend (April 30) ‘Chunky’ is back in the States to make the second defence against Rogelio Medina in Washington DC, And DeGale says he is happy to go anywhere and fight, to prove he is the best.

We knew in 2008 that DeGale had the confidence and nerve to perform away from home, when he won a gold medal at the Beijing Olympics, before going on to become the first Olympic boxing champion top go on to win a world title. Anthony Joshua recently became the second to do it when he won the IBF heavyweight crown with a second round KO over Charles Martin. Of course Lennox Lewis did the same, but the British born former undisputed king, won his gold medal representing Canada.

DeGale, hasn’t fought in the UK since his win over Marco Antonio Periban in November 2014 and since signing a deal with American manager/promoter Al Haymon, across the pond has made the best sense and earned him the best purses. DeGale has certainly impressed his foreign audiences with his skills, toughness and ability to command fights, but after his next defence against Medina he is eyeing a homecoming fight in London.

“This is why I keep on telling you people, I’m a road warrior because I’m willing to go anywhere to fight anyone and to prove I’m the best.

“But listen, my homecoming is coming as well. Yes that’s coming very soon. Once I beat Medina on April 30, I want the unification belt in London in front of my home people, hopefully Al Haymon and Eddie Hearn can make it happen.”

DeGale will defend against mandatory challenger Medina on the same fight card as Badou Jack’s WBC world title defence against DeGale’s old of Lucian Bute, with the winners of both fights agreeing to meet in a unification fight later this year. With DeGale already having fought and beat Bute, the Londoner is hoping Jack (who holds a win over former DeGale conqueror, George Groves.) wins, as he wouldn’t be too interested in taking on the Canadian again.

‘If I’m being honest, I don’t really want to fight Lucian Bute again. I think I beat him last time and I beat him pretty well.

‘It was pretty convincing. I had everything against me as well. I still beat him well.

‘I want to box fresh a new world champion, someone like Badou Jack. I think the clash of styles would be fantastic. We’re both hungry. We’re both here. And we’re at our peak.

‘I think it would be a fantastic fight. But if Lucian Bute wins, we can do it again as I say. But this time around we’re doing it in London.’

“This is what boxing needs, the best boxing the best,” DeGale added.

“As I say, all I wanna do is win titles and to add the WBC title to my IBF would be fantastic.

“Because these days, there’s not many unification fights because people don’t wanna fight the best. But these four fighters have come together in like a little tournament, a committee tournament, and we’re gonna see who the best is.”