WATCH: The British Lionhearts take on the Guerreros in Mexico (Full video) 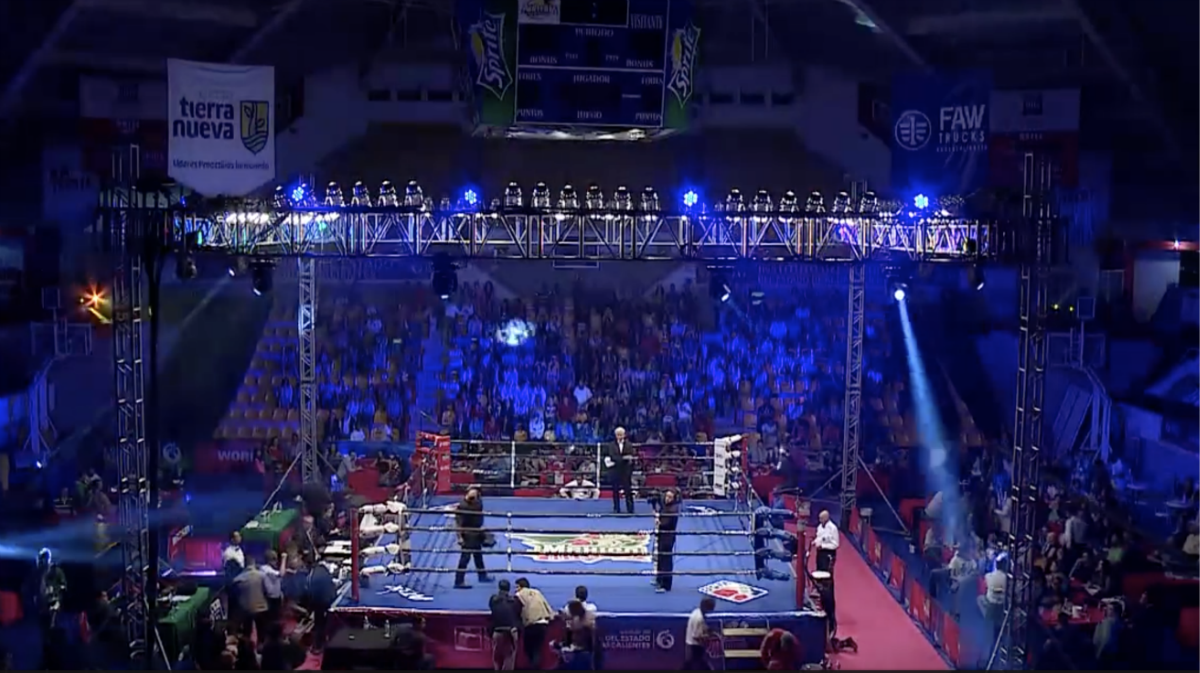 The British Lionhearted took on the Guerreros team in Mexico on Sunday but after galant efforts from our lads, the Guerreros ran out 4-1 winners, although some of the decisions were very debatable!

Sunday’s night’s match against the Guerreros was always going to be a tough assignment for the British team who were boxing at an altitude of 1,880 metres above sea-level. But super heavyweight star Frazer Clarke, named WSB Athlete of Week 4, was the only winner when he took out Trinidad & Tobago’s Nigel Paul in explosive fashion after just 72 seconds.

Lionhearts’ Lyndon Arthur was very unfortunate to not be given the decision against Mexico Guerreros’ Carlos Antonio Rodriguez Moreno at light-heavyweight. Arthur after a slow start nearly had his man out on his feet in the final two sessions but the Mexican held on to see out the fight and get the verdict, that appeared to surprise him too as he shook his head at the result.

The Aguascalientes crowd were treated to another breathless contest as the flyweight combatants Jose Rojas Romero and Jack Bateson stepped up. Romero, the Mexican National Championships bronze medallist, started brightly but like Rodriguez, he was pegged back by a determined effort from his British opponent. As in the previous contest, the home boxer found enough in reserve to take the deciding fifth round in another debatable decision.

In the final bout of a hectic evening, Mexico Guerreros’ Lindolfo Delgado Garza added British Lionhearts’ experienced French boxer Oualid Belaoura to his growing list of vanquished opponents. The powerful lightweight swarmed all over Belaoura from the start and won by TKO in just two minutes.

The British Lionhearts have finished the regular season on top of Group B in the World Series of Boxing despite losing their final match of the season 4-1 to the Mexico Guerreros in Aguascalientes City at the weekend.

Winning the group means the British team has secured home advantage in the quarter-finals and will face the Ukraine Otamans at York Hall, London, on Thursday 21st and Friday 22nd April 2016 when there will be five bouts each night.

Tickets are on sale now at tickets.sky.com/Boxing/World-Series-of-Boxing.

Advance tickets start at £15 and a ticket for both nights is available priced £26.50