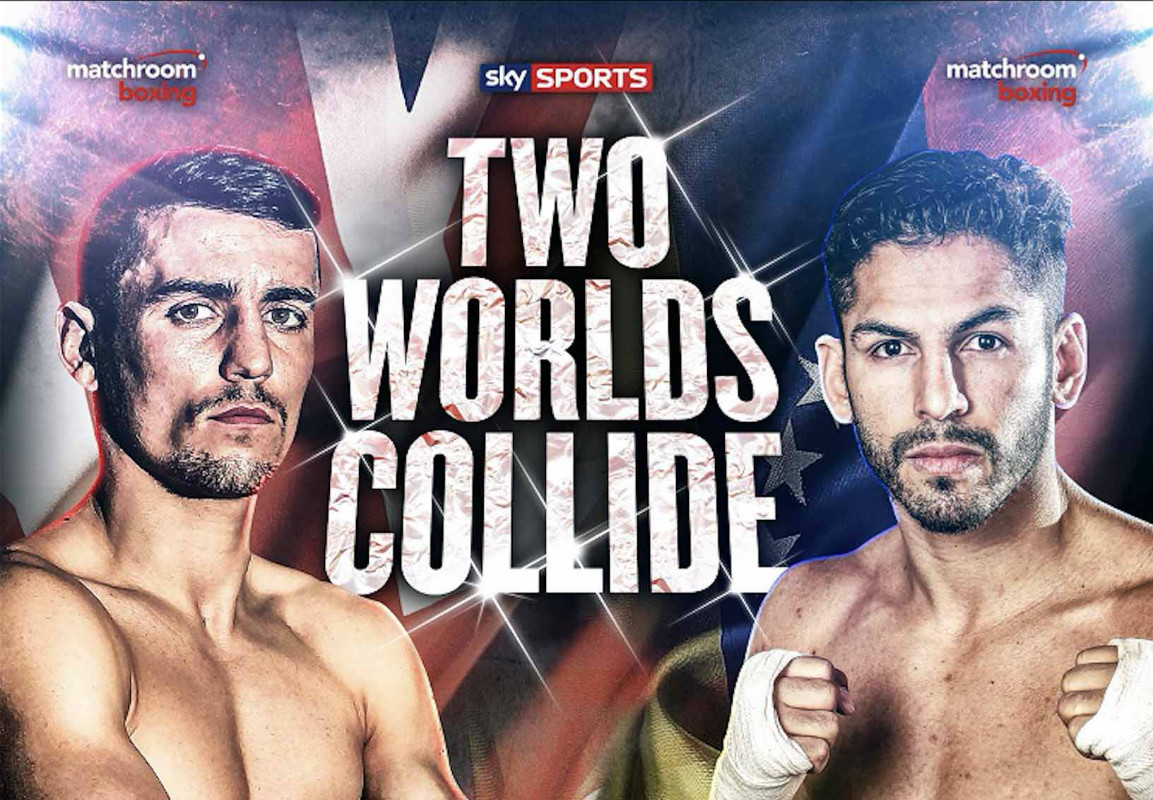 CROLLA: “Fighting me in front of a packed Manchester crowd is not something you can prepare for”

WBA, WBC Diamond and Ring Lightweight championships on the line in Manchester on September 24

Anthony Crolla says fellow world lightweight champion Jorge Linares will not know whats hit him when he experiences the atmosphere and support his fans give him at the Manchester Arena, the place that Crolla is making his own.

Ricky Hatton once packed out the biggest indoor venue in Europe, in the lofty days of his career, and now it’s another Mancunian Crolla, who has taken over the mantle and bringing the fans flooding back to the venue steeped in boxing history.

Crolla’s stock has gone through the roof in the last couple of years and his support is testament to his success and his nice guy image. WBA world lightweight champion Crolla’s next huge assignment will be a unification blockbuster against WBC Diamond World and Ring Magazine Lightweight Champion Linares at his home town arena on September 24, 2016.

Crolla will make the second defence of his WBA crown in his hometown fortress following his brilliant knockout victory over Venezuelan danger man Ismael Barroso in May, having ripped the title from Darleys Perez with another body shot knockout in November.

The Manchester hero faces another huge test as he aims to unify the division, with Venezuelan Linares putting the WBC Diamond belt on the line for the third time. Linares became a three-division world champion when he won the title back in December 2014 with a fourth round knockout of Javier Prieto and travelled to London in his first defence against Kevin Mitchell last May, climbing off the canvas to stop Mitchell in the tenth round of an epic contest that received acclaim as a 2015 Fight of the Year candidate. The 30-year-old made it three wins inside the distance in a row in October when he knocked out Ivan “Macanon” Cano in four rounds in Caracas, Venezuela.

“Million Dollar” Crolla can become the first Englishman to win the Ring Magazine Lightweight title and is relishing the task against another elite level opponent, and the 29 year old expects his fans to turn up the heat on the classy WBC king.

“I’m so excited to have the chance to unify the Lightweight division,” said Crolla. “Jorge is a fantastic fighter and it’s another mountain to climb, but these are the tests that I thrive on and I’ve beaten two great fighters in Perez and Barroso and I’m confident that I can beat Jorge too.

“I’m having to pinch myself after everything that’s happened. I’m fighting the number one fighter in the division for the WBC, WBA and Ring titles; it doesn’t get any better than this. I’m very proud and privileged to be able to bring this fight to Manchester.

“I’ve been a fan of Jorge Linares for years now and he’s technically brilliant at times but like any other fighter, he has vulnerabilities. It’s up to me to expose those vulnerabilities and I truly believe that I can and I will. Linares is a great champion but these are the fights you want to be in boxing for. 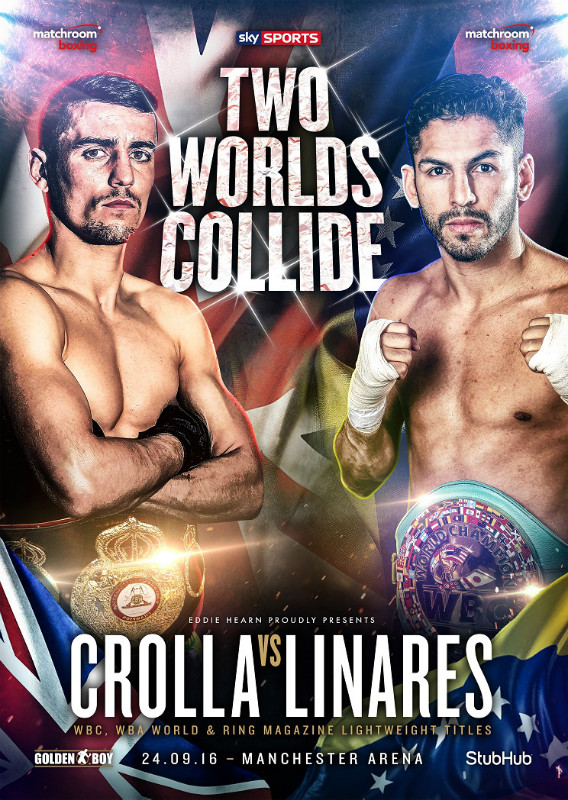 “He looked well against (Ivan) Cano last time out but he hasn’t been very active, whereas I’m coming off a career-best performance over (Ismael) Barroso. I really believe I’m coming into this fight in the form of my career and as I’ve shown in the fights against (Darleys) Perez and Barroso, I’m capable of improving my game when I have to.

“The last two nights in the Arena have been unbelievable and I think that we’ll take it to another level against Jorge. He’s boxed all over the world and taken on some of the best – but fighting me in front of a packed Manchester crowd is not something you can prepare for.”

“This is my first unification fight and a great personal challenge for me and my career,” said Linares. “Last year was an unbelievable year; I had the opportunity to fight in England against Kevin Mitchell in front of a crowd of passionate fight fans in one of the greatest fights of my career. This unification fight for the WBA, WBC and Ring Magazine Lightweight World Championships is another personal accomplishment for me and a great opportunity for me to fight in England once more, to be in front of a strong fight fan base.

“Crolla is a very strong contender and I know with both our passions for the sport will deliver an exciting fight for all the fans in Manchester. I know that Crolla is coming off a victory against my fellow Venezuelan countryman, so I am coming in with a lot of determination, pride and hunger for a victory.

“This unification fight is a great event in my career and I want to thank my promoters Golden Boy Promotions and Teiken Promotions for putting this fight together. I am ready for this fight and have begun training in Las Vegas and heading back to Japan to complete my training camp. I am ready to prove I am the best in the lightweight division.”

“I think boxing has a huge amount to do with momentum and while Linares is clearly established as the number one Lightweight in the world, I think this is the time to beat him,” said Crolla’s promoter Eddie Hearn.

“When you look at the performances that Crolla has given in Manchester, I would have him as favourite to beat Linares. We had plenty of options but with the run Anthony is on, the only thing on his mind is to be the number one in the division and the linear champion.”

“The Ring belt is so highly regarded within the trade and when there was a possibility of the belt being up for grabs, I can’t tell you how excited Anthony Crolla and (trainer) Joe Gallagher were, it was the icing on the cake”

“Jorge Linares is a fighter with tremendous talent, who desires greatness and will pursue that by fighting the best in the division,” said Oscar De La Hoya, Chairman and CEO of Golden Boy Promotions. “Linares gave us a Fight of the Yearcandidate against Kevin Mitchell last year, once again demonstrating his skill and heart in the ring. I know he will showcase this again in September and give us an exciting fight against Anthony Crolla.”

“Linares was placed as champion in recess by the WBC due to a broken hand which prevented him from making his mandatory defence,” said WBC President Mauricio Sulaiman. “The WBC has granted Linares to return to the ring to fight this blockbuster unification for the prestigious Diamond belt and the winner is committed to fight Dejan Zlaticanin. I am personally proud of this fight as it continues with our goal to facilitate the best matches to take place all over the world.”

Tickets will go on sale to Matchroom Fight Pass members at midday on Monday June 27 and on general sale at midday on Tuesday June 28.

The fight will be shown live on Sky Sports.