World champ Smith ‘buzzing to be back in the ring on Saturday.’ 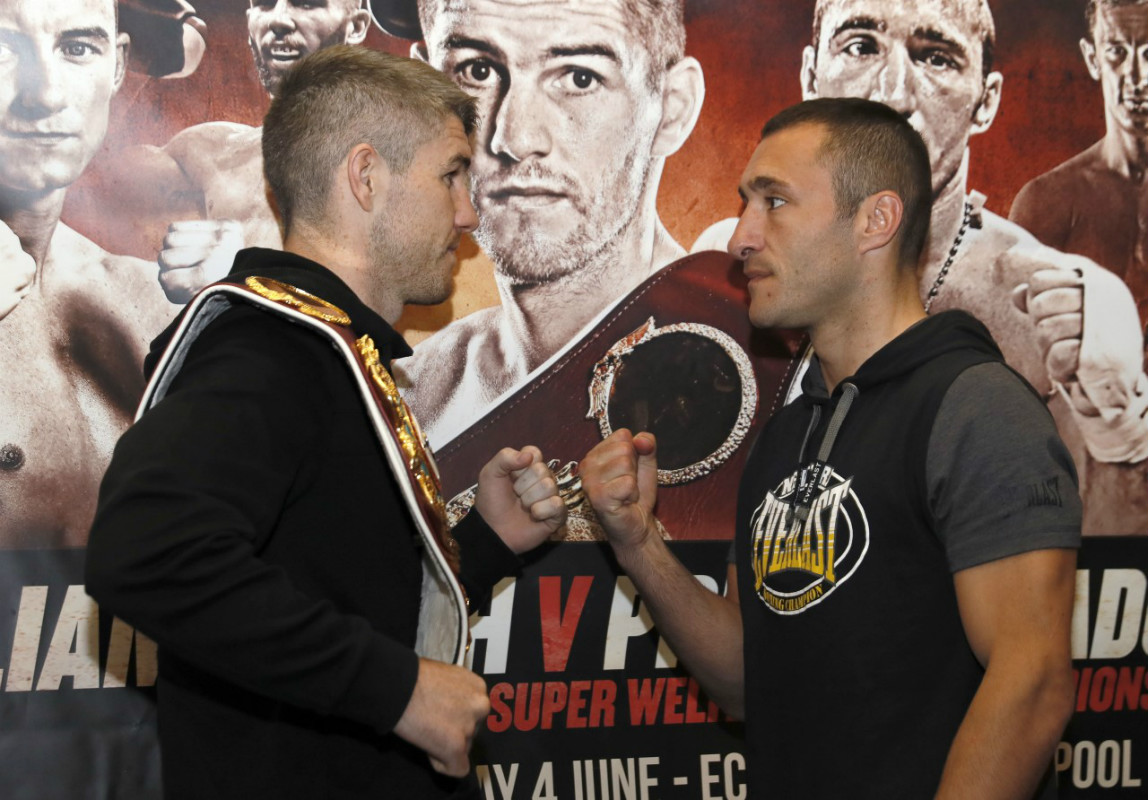 Scouse hero Smith (22-0-1 12KOs) knows he will have to be at his very best if he is to avoid any slip-ups against a rough and ready Radosevic. Smith’s promoter Frank Warren has hinted at a potentially huge fight for Smith in September should he overcome Radosevic. However, the Merseyside maverick says there’s no danger of him overlooking his latest challenger.

“I’m buzzing to get back in the ring on Saturday. I’ve been out of the ring since December and I’ve had a good rest. I’ve been linked with some big names but none of those fights can happen if I don’t win this weekend. I’m fully focused on Predrag Radosevic; he’s a dangerous opponent and has my full attention. I’m from too good a family and too good a gym to overlook anyone,” said Smith.

He added: “I want to put on a good performance back in my home city. I won the title in Manchester and defended it in Manchester but there’s no place like home. I’m going to put on a show for everyone at the Echo Arena and watching at home on BoxNation”.

Radosevic, (30-1, 11KOs) who is ranked number 11 with the World Boxing Organisation, is on a red-hot three-fight winning streak since losing his unbeaten record at the hands of controversial WBA Super-Middleweight Champion Felix Sturm in July 2013 and insists he isn’t in Liverpool to make up the numbers.

He said: “It’s a great honour to be here and fighting on a Frank Warren promotion. On Saturday night I’ll be taking that belt home with me; I’m not here as a tourist. I believe I have what it takes to beat Liam and become the new world champion.”

Ellesmere Port star Paul Butler finds himself within striking distance of another shot at becoming a two-weight world champion. Standing in his way of making history is Thai terror Petchbarngborn Kokietgym who boxes out of Bangkok. Former IBF Bantamweight World Champion Butler is excited to show off his new skills against Kokietgym.

“I’m looking forward to Saturday night. Obviously I’ve got a new trainer and I’m buzzing to show everyone what I’ve been up to in the gym. I’ve got a good opponent but we’ve been putting the hours in in the gym and you’ll see a new Paul Butler this weekend,” said Butler.

EBU European Bantamweight Champion Ryan Farrag makes the first defence of his belt against Karim Guerfi. The Everton Red Triangle man is confident of getting a knockout win over the tricky man from Manosque in France.

He said: “Karim is a good opponent. He’s the type of opponent I want to be in there fighting but I believe I’ve got the beating of him. He’s going to be in for a rough night; I’m looking forward to punching him in the face and keeping hold of my belt!”

Tom Stalker looks to make it third time lucky when he challenges Portugal’s Antonio Joao Bento for the Vacant European Lightweight Championship. ‘The Captain’ is confident there are big fights ahead of him should he claim the European crown on Saturday.

Stalker said: “In the past year I’ve had three draws a win and a loss. Frank Warren has stood by me and got me another great opportunity. It’s about time I repaid their faith in me. I’m going to put in a great performance on Saturday and finally get my hands on that belt.”

The Channel of Champions, BoxNation, will televise live and exclusive on Sky 437/HD 490, Virgin 546, Freeview 255 and Talk Talk 415. Subscribe Here