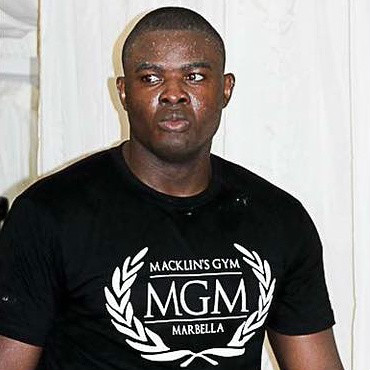 MGM Scotland are delighted to announce the addition of Heavyweight prospect Martin Bakole Ilunga (6-0) to our Championship Boxing event on October 1st, screened live on BoxNation.

Martin is a welcome addition to what is already a quality evening of boxing. Younger brother to Cruiserweight world title challenger, Junior Makabu, Martin would appear to carry the same explosive punching power with four knockouts in his six fights to date.

Training under the tutelage of MGM Manchester’s Johnney Roye, Martin is creating real excitement within Team MGM. An unknown quantity to most boxing observers, Johnney believes this will change once the BoxNation viewers see him in action.

“Martin’s a top prospect. We have a gym packed with quality and Martin is learning every day. He has natural punching power but also has the boxing skills to compliment it. He’s only had one fight so far here in the UK, but once he gets that television exposure I know he’ll make an explosive impression on the boxing viewers” Roye said.

MGM’s Sam Kynoch is excited to bring Martin to Glasgow and believes he’ll make for exciting viewing. “The Heavyweight scene has really caught fire at the moment. Martin is a big, naturally athletic Heavyweight. I’m sure the Scottish boxing fans and the wider BoxNation audience will take notice once they’ve seen him in action” he said.

Tickets for the show are available from all fighters featured on the bill or through Ticketmaster.