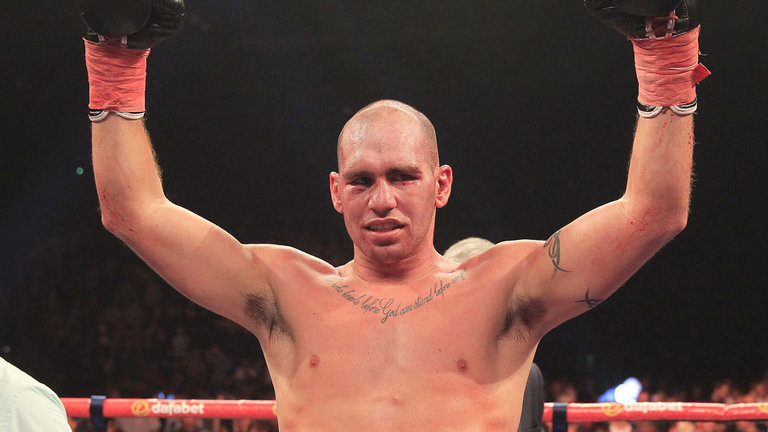 It’s fight week at Bellahouston, and we look ahead to a stacked card of boxing as MGM Scotland host their first televised event. With a total of eleven fights scheduled, this show promises to be action-packed, screened live on BoxNation.

Main Event features Edinburgh’s Stephen ‘Monster’ Simmons (14-1) against German Cruiserweight Lars Buchholz (27-9) over ten rounds. Since his defeat to Jon-Lewis Dickinson in April 2015, Simmons has notched up three consecutive victories and re-established himself as a genuine force in the British Cruiserweight Division. A scheduled meeting with Oleksandr Usyk earlier this year fell through due to injury, however, Simmons returns, in a make or break fight.

Berlin’s Buchholz presents a formidable obstacle in Simmons’ path to title contention. The seasoned campaigner carries legitimate punching power, having stopped twenty of his opponents to date, including eight of his last nine victories. Both men are aggressive and should make for an entertaining main event.

Edinburgh’s John Thain (15-2) will face Liverpool’s Nathan Brough (13-1) over ten rounds in a British Title Eliminator which promises to be a real crossroads affair for both men. Thain has been on an impressive run of form and will make his way to the ring in confident mood. Brough’s sole defeat came at the hands of Jack Catterall in July 2014 and he has bounced back with consecutive victories. This one is expected to be an extremely tense affair.

Super-Middleweight David Brophy (16-1-1) returns to the ring for the first time since his defeat to George Groves at the o2 Arena in April earlier this year. Brophy will face Swindon’s Kelvin Young (18-6-2) over eight rounds. The Caldercruix man will be hoping to bounce back with a victory and an impressive performance.

Also featured on the card is a battle between two unbeaten Lightweight prospects. Falkirk’s Stevie ‘The Buzzsaw’ Beattie (3-0) faces Edinburgh’s Lee Redpath (5-0) over six rounds. This contest represents a real clash of styles. Will it be the aggressive, all-action Beattie that powers to victory, or will the counter-punching Redpath box his way to another win, we find out on October 1st.

‘Kid Caramel’ has his seventh professional contest. A flawless record of 6-0 has set Lewis Benson up perfectly for the new season of boxing and tonight he gets the opportunity to shine in front of the BoxNation cameras.

Stephen Ormond (21-2) will face dangerous Hungarian Zoltan Szabo (11-1). Since suffering defeat at the hands of Terry Flanagan for the WBO European title in February 2015, Ormond has notched up four consecutive victories and will enter the ring full of confidence this coming Saturday.

The evening will also feature Jordan McCorry (9-2-1) make his first appearance since signing with MGM Scotland. McCorry has dropped down to the Super-Featherweight division.