Alex Rutter v Kallum De’Ath go head to head before they fight for the super-featherweight Central Area Title on 17th September at the Victoria Warehouse in Old Trafford, Manchester.

Both boxers from Manchester will be competing in their first title fight.

Rutter, 23, (9-0) is trained by Pat Barrett at the Collyhurst and Moston Boxing Club and was lined up to face former Barrett boxer Michael Gomez Jr for the belt. But after Gomez pulled out, manager of both boxers and VIP Promoter Steve Wood decided to match another of his boxers DeAth with Rutter and it turns out just as interesting if not more.

De’Ath, 27, (10-1) is trained by Steve Maylett at the Finest Gym, the home of current world lightweight champion Terry ‘Turbo’ Flanagan and when offered this opportunity says he jumped at the chance.

This should be a real good scrap, a trade fight and one that has got Northwest boxing talking and ready for a fantastic night of action to kick off the boxing season. 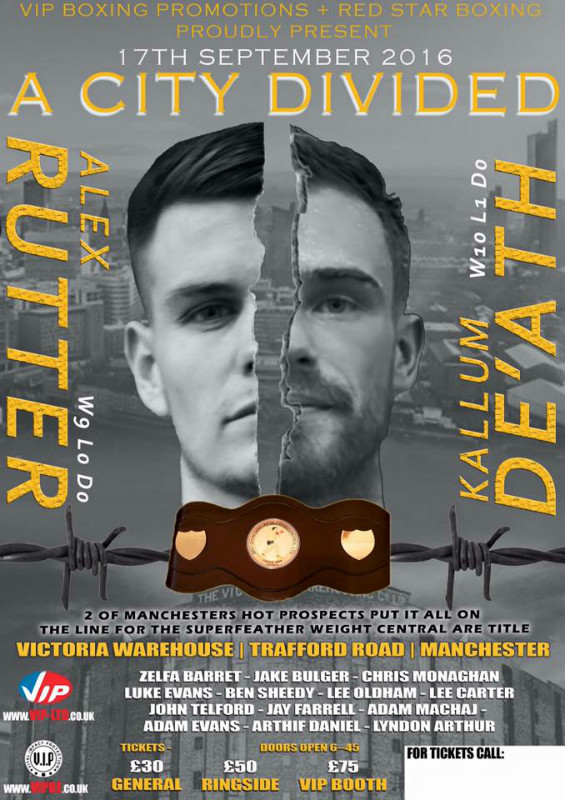