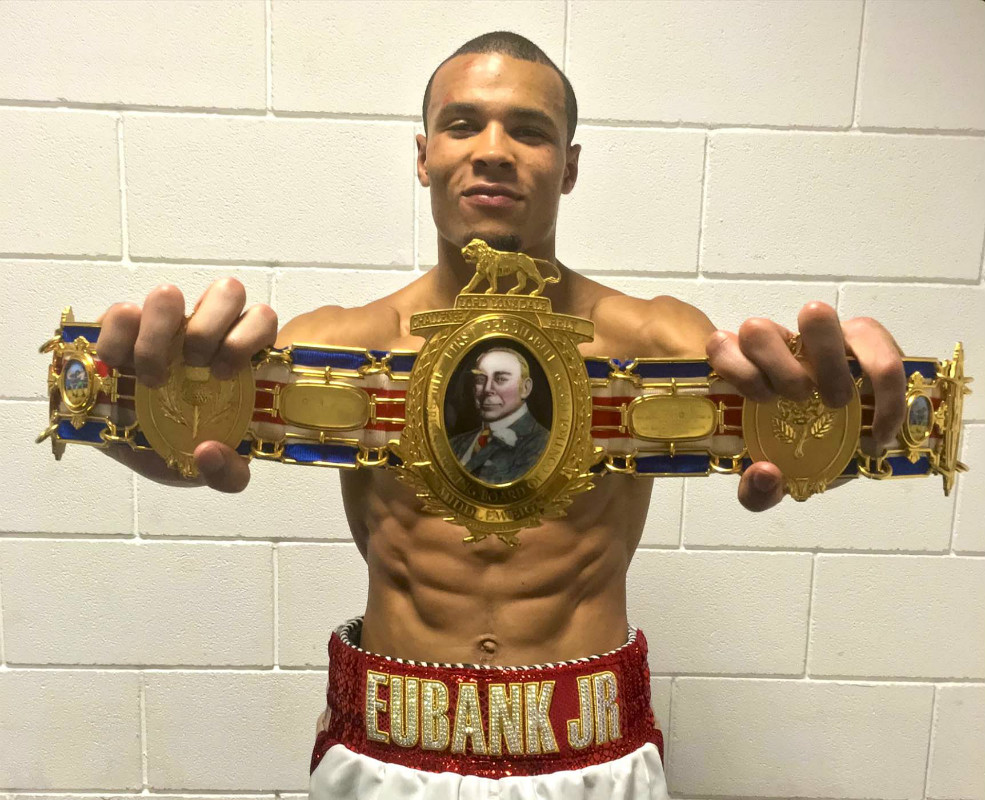 Below is a statement from Team Eubank explaining Junior’s decision to vacate the British middleweight title as a courtesy to his fellow middles and in an attempt to prevent further damage to his fellow fighter. It also serves as a fitting tribute to the following Gene Wilder quote on the art of comedy “If you what you are doing is funny, you don’t have to act funny to do it.”:

Chris Eubank Jnr suffered a severe injury sparring against a 14 stone opponent two days ago. The injury was assessed and confirmed by a Doctor on Friday 16th September, who works with the British Boxing Board of Control. The unforeseeable future puts us in a position where we have to allow the remaining contenders the ability to earn a living and, more importantly, prevent the promoter incurring any further costs before a press conference takes place as they had reminded the Eubank Management team that this was the highest purse bid they had secured.

Eubank Jnr’s management team have advised that, in their opinion, there has not been a fighter in the history of British Boxing who has had such a vast chasm of fighting prowess between him and the contenders for the British Championship in ability, speed, strength, accuracy and skill since its inauguration by the Marquess of Queensbury in the 1800’s.

So vast, in fact, that when winning the challenge for British Championship, Chris Eubank Snr had to advise him to leave his opponent’s head alone as he was taking far too much punishment and the referee didn’t see what was clear to the former world champion.

Chris Eubank Jnr was advised to go to the body because of his father’s past participation in the great game. If you can disrupt your opponent’s breathing, you can effectively stop him quicker than to the head. There is strategic and tactical knowledge in the advice as well as compassion because the body can recover where the head does not always recover.

The opponent was subsequently put into an induced coma as a result of the punishment he was made to sustain.

It is now with relief, as it has become clear to Chris Eubank Jnr’s management over these past few months how much danger the health and lives of these contenders are in, therefore the relinquishing of the British Championship due to injury sustained in a sparring session is perhaps a blessing in disguise.

The severe injury to Chris Jnr’s elbow follows an ongoing injury which has been a recurring issue for the last 18 months. This allows Chris Eubank Jnr, and his management, the opportunity to relinquish the title which provides all contenders the right to earn a living and fight amongst their equal caliber of competitors.

As much as we love the tradition of the British Championship we will be forward thinking and be protective of our competition as the risk to them is real. This is seen as a positive move forward in Chris Eubank Jnr’s career.

The former world champion, Chris Eubank Snr has hospitalised men and has himself been hospitalised, and is therefore cognisant of what those outside of the ring are not.

Chris Eubank Jnr’s management team will use the injury as an opportunity to step aside and fight high caliber world competition in the coming future. Details of a press conference will follow.