Jamie Cox: “There’s no one at either middle or super-middle that worries me.” 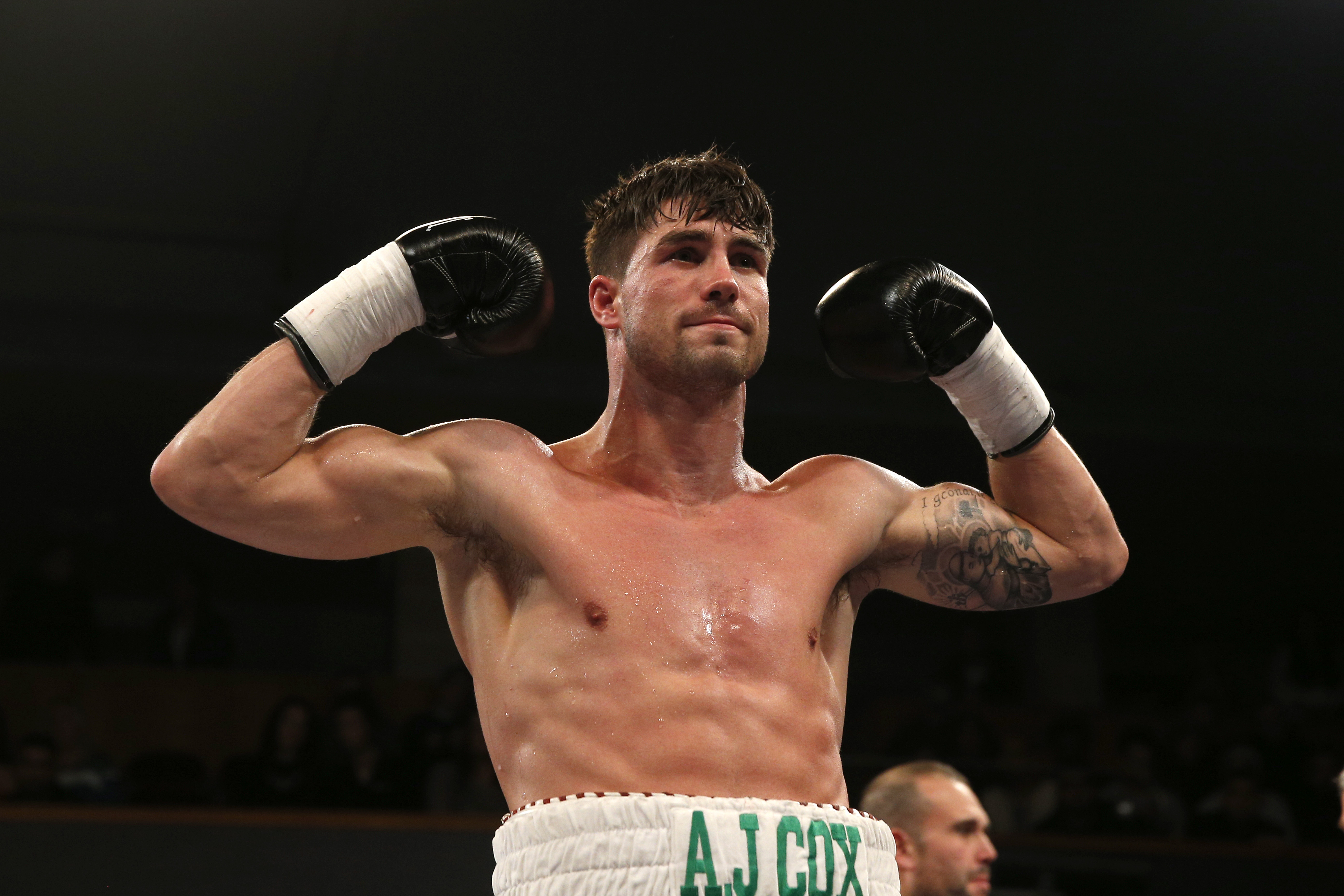 Arguably the most explosive 168lb fighter on the planet, the Swindon assassin has been forced to place his trail of carnage at the pit-stop for the past 12 months.

However, back at large, the monster punching southpaw is again ready to be unleashed on the division, starting with a scheduled eight rounder on Frank Warren’s mammoth Cardiff bill on 22nd October.

An opponent is yet to be named but fans can expect the outcome to be decided significantly quicker than the 24 minutes for which it is formally billed. Cruncher Cox has rubbed out each of his last three victims in the opening session, with each execution more brief than the previous.

‘I just want to fight the best and I’ll do anything for an opportunity,’ says joltin’ Jamie, an ABA champion and Commonwealth Games gold medallist as a teenager who is now unbeaten in 20 as a pro.
Formerly compromised by the worst hand injury that Hall of Fame promoter Frank Warren had ever witnessed, the world rated West Country wonder saw his stampede to global glory derailed earlier this year when he was briefly incarcerated at HMP Highdown. However, the assault rap that put him there was overturned by the Court of Appeal in May.

Already 30, Cox is acutely aware that there is no time to procrastinate and no margin for error if he is to fulfill his obvious talent and nest on a world championship throne.

‘It has been a bit annoying but this is boxing. I’m used to it and try not to think about it,’ says Cox, a former Commonwealth light-middle king, who has been punching for pay since July 2007.

‘I’ve never had anything given to me and I’ve been waiting for the big fight to drop for a while now. Still, there’s plenty of people in life in far worse positions than Jamie Cox.

‘If no openings arise at 168, I’d make middleweight. There’s no one at either middle or super-middle that worries me.’

The pool of 12 stone talent is deep on both the domestic and international stages. Nevertheless, Cox, daisy fresh and close to his physical prime, is gunning for all and sundry; location no barrier.

‘George Groves? No problem. We sparred regularly when we were amateurs and George was a lot bigger. That would be a perfect chance to show my level. I believe it’s been put to him but he didn’t step up.

‘Callum Smith (the British and European monarch) is quite accurate but if he’s Eddie Hearn’s best super-middle I will happily oblige him, on all his terms.

Ultra confident yet without any hint of braggadocio, matter-of-fact Cox gives the impression that the aforementioned would serve as nothing more than rust shedders ahead of the global tests he truly covets. Again, it’s a case of anyone, anywhere.

‘Nobodies calling my name!’ states the John Costello coached terminator who expects to re-enter the world rankings next month, now that his licence has been restored.

‘You’d have to say that (IBF czar James) DeGale is the best of them. ‘Chunky’ and me have sparred regular – hundreds of rounds amateur and pro – and are quite friendly but it’s business, nothing personal. Let’s just say that, in a proper fight, with the smaller gloves, I’d strongly fancy my chances.

‘Gilberto Ramirez, the WBO champ, is also a very good fighter, huge for the weight. But he throws very wide shots which leave him open and with my speed and shorter shots, I’d beat him to the punch and do my damage.

‘(WBC boss) Badou Jack’s a fair boxer but not the strongest. I got to study him up close when I trained at the Mayweather gym in Las Vegas but he refused to spar me.  Instead he insisted on sparring Cecil McCalla who was a welterweight at the time. I’d knock him out, no problem.
(WBA king) Giovanni Di Carolis is definitely the weakest of the champions. I’ve had a brief look at him on YouTube and he’s nothing too special. He’d be another going to the floor.

‘But I don’t want to say too much. I’m happy to let my actions in the ring do my talking because it’s difficult enough making any fights for me as it is. The only way any of the champions will face me is if I can get myself into a mandatory position.’

Away from the battle zone, you’d be hard pressed to find a more courteous or obliging subject than the softly spoken Swindon lad. However, a sinister side clearly simmers within, once the time comes to let his mallet fists fly. There are few more cold or clinical finishers active in the sport today.

‘In the changing rooms before a fight, I’m pretty relaxed and joking,’ quips Cox.

‘But that opponent has the potential to take food off my family’s table so they have to be taken out. That’s my mind set.

‘I’ll worry about getting rounds in, in the gymnasium. Come fight night, I always want to take them out as quickly as possible. I owe everything to John Costello and (conditioner) Dessie Winter. I’m their puppet, they pull my strings. I do their training, listen to their plan and it’s worked every time.’

Whilst dormant from the public eye, Cox insists he has not been procrastinating.

‘Since the public last saw me, I’ve been stuck in the gym, keeping in practice, working alongside top world level fighters, doing a job on them!’ says Jamie who has been sweating alongside ex WBO light-heavy boss Nathan Cleverly ahead of his return.

The Welsh capital, just 70 miles along the M4 corridor, provides an ideal location for his re-launch.

‘I’m half Irish, half Welsh. My mum is originally from Pembroke Docks,’disclosed the 5ft 11in one-man demolition gang who featured in Cardiff twice previously.

‘I’ve had family and friends asking for tickets all the time. No opponents been named yet but I intend to deliver my fans another annihilation, get home nice and early.

‘After that, it’s down to Frank. All I can do is continue to train extremely hard and win my fights in explosive fashion. I expect something big to drop before next spring.’

Go to HERE to see how you can watch this fight and more live!