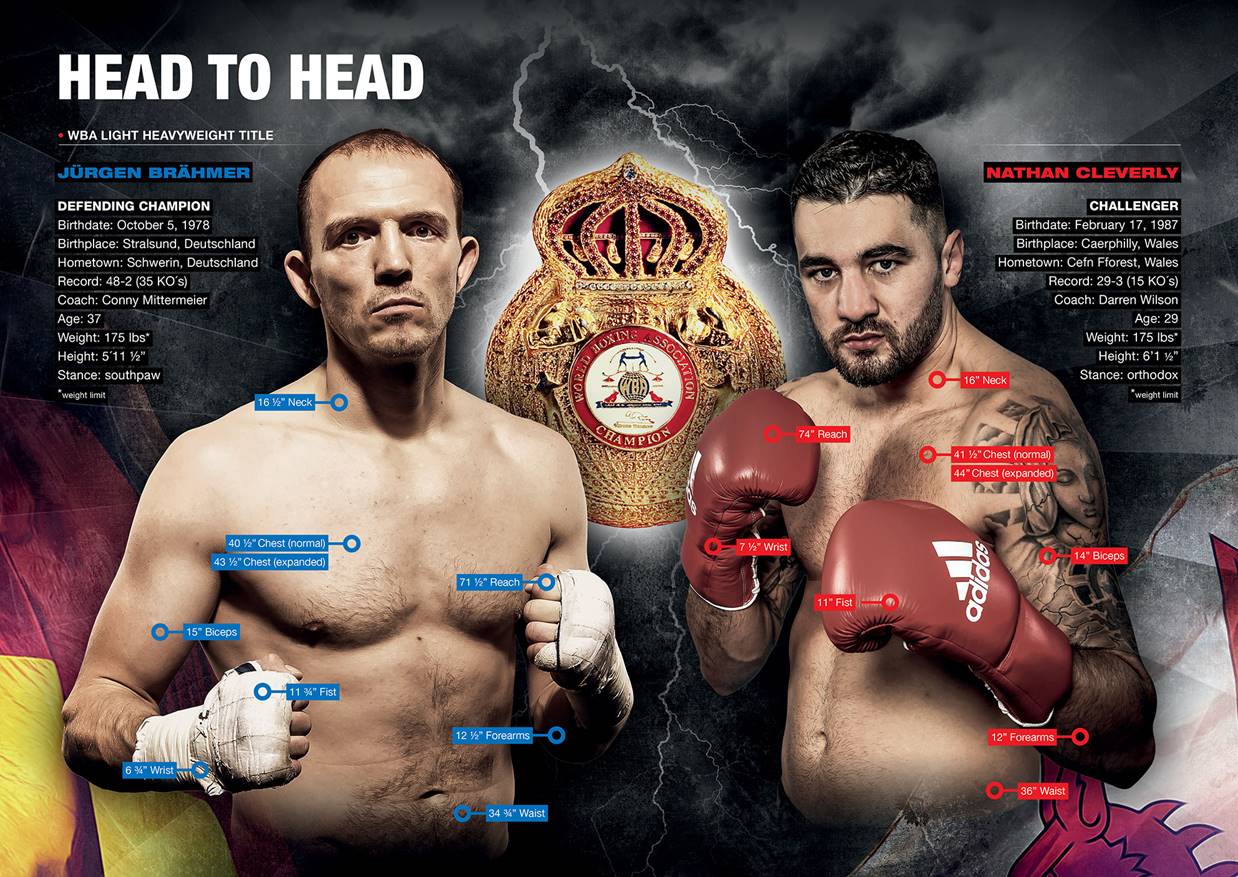 The legendary two-weight World Champion, who held WBA (Super), WBC, IBF, WBO and Ring magazine titles during his undefeated forty-six-fight career, believes Cleverly ‘speed’ and ‘work rate’ will prove too much for the German veteran.

‘’This is a great opportunity for Nathan,’’ he said. ‘’Braehmer is a good boxer, but if Nathan fights an intelligent fight, and uses his hand speed and work rate, I definitely fancy him to win.

‘’Nathan is a different kind of fighter, but if he plays to his strengths, I’m sure he can get the job done. He’s come back down to light heavyweight, he had a good fight against Fonfara, and now he’s ready to get back into the World title mix.

‘’He’s away, fighting in Germany, so he will need to start fast and dominate the rounds, as any 50-50 rounds will go to the home fighter, but I still fancy him to do it. We saw Enzo Maccarinelli giving Braehmer some trouble at home before his eye started to swell.’’

Calzaghe, who enjoyed some memorable nights overseas, most notably his 2008 Stateside victories over Bernard Hopkins and Roy Jones Jr, is also the last British boxer to have won a World title fight in Germany against German opposition.

In 2005, the ‘Italian Dragon’ defended his WBO World title against mandatory challenger Mario Veit at the Volkswagenhalle in Braunschweig.

‘’That’s another one for the record books,’’ he says. ‘’Hopefully Nathan can be the man to break that record and bring the World title home.

‘’It was a different type of fight for me. Mario Veit was my mandatory challenger. I had already knocked him out in the first round in Cardiff, and then he won about twelve on the bounce and got himself back into the mandatory position.

‘’I always knew I was going to knock him out again, and he went six-rounds the second time, but as I said it was a different situation for me. I came to Germany as the favourite, I dominated from the start and the crowd was pretty subdued. I expect that to be different for Nathan. He has to go over there and take the title from the Champion.’’