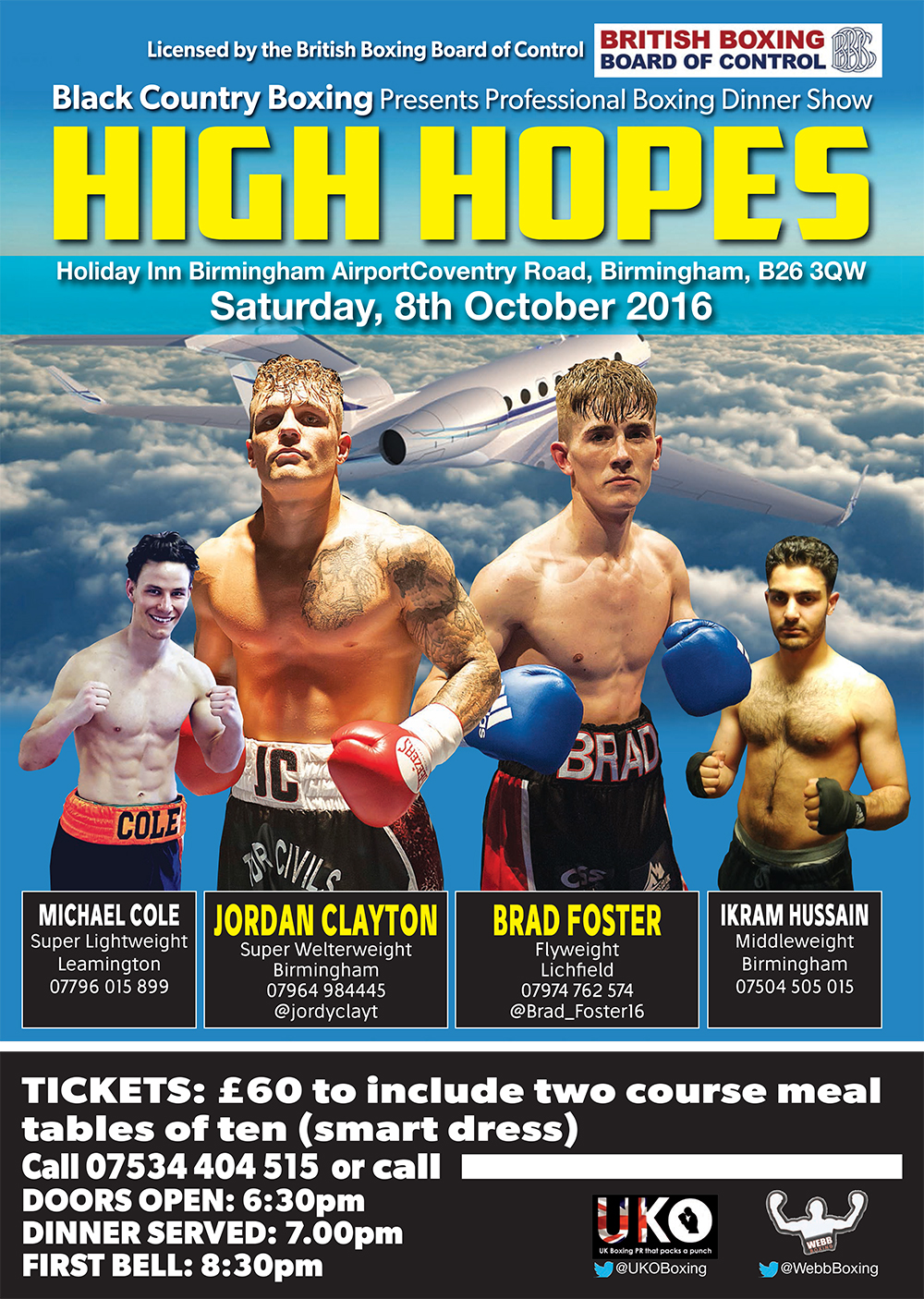 Hussain A Student In & Out Of The Ring

Ikram Hussain plans to become a student of both the sweet science and sports science as he juggles life as a professional boxer with life as a university student.

The 20 year-old makes his pro debut on Black Country Boxing’s ‘High Hopes’ card in Birmingham next weekend having recently enrolled at the City’s University.

Hussain in undertaking a sports science degree at University College Birmingham but he feels he will be able to juggle his studying with sparring.

“I’ve just started university so the timing is difficult but I will just have to do it,” he told www.uko-boxing.com. “I am doing a sports science degree in UCB. I wanted to have something to fall back on if things didn’t go to plan in boxing. Also I love sport so I am doing the course as it will increase my knowledge around the subject.

“I have been boxing as an amateur for over three years now. I have been watching the professional game for almost all my life and I have loved it so I just want to get involved. I want to make the move into the professional side because amateur boxing wasn’t doing it for me anymore. I wasn’t enjoying it as much and I wanted to get onto the next challenge.

“The professional side involves a lot more thinking than the amateurs which is more about the physical side. I have noticed that from the training I have been doing in the last few weeks. Pro training is more settled and calmer but there is a lot of thinking to it and it is more technical. It is more intense. We are slowly bringing the training up to full speed. My fitness wasn’t very good before I got back into training so we have been building up and not rushing into it. Now we are at the stage where we can do the final push before the fight.”

Hussain is delighted to be making his debut in his hometown and he is hoping to set the bar high with his first display as he plots his course up the boxing ranks.

“I am excited to make my debut here, it will be brilliant. I think it will be crucial to put on a good performance on my debut and show everyone what I am about. The first fight should set the standard.

“I want to have as many fights as possible and keep getting good results and just keep progressing in each fight. Hopefully I can get to a position where I can have a big money fight. For now I don’t know how far I can get because I don’t know my potential in the professional game yet. Obviously I want to be very successful. I would love to win a title. One thing everybody wants is the world title but we will just see with time if I am capable of achieving that.”