‘Million Dollar’ believes he needs another career-best performance against Linares 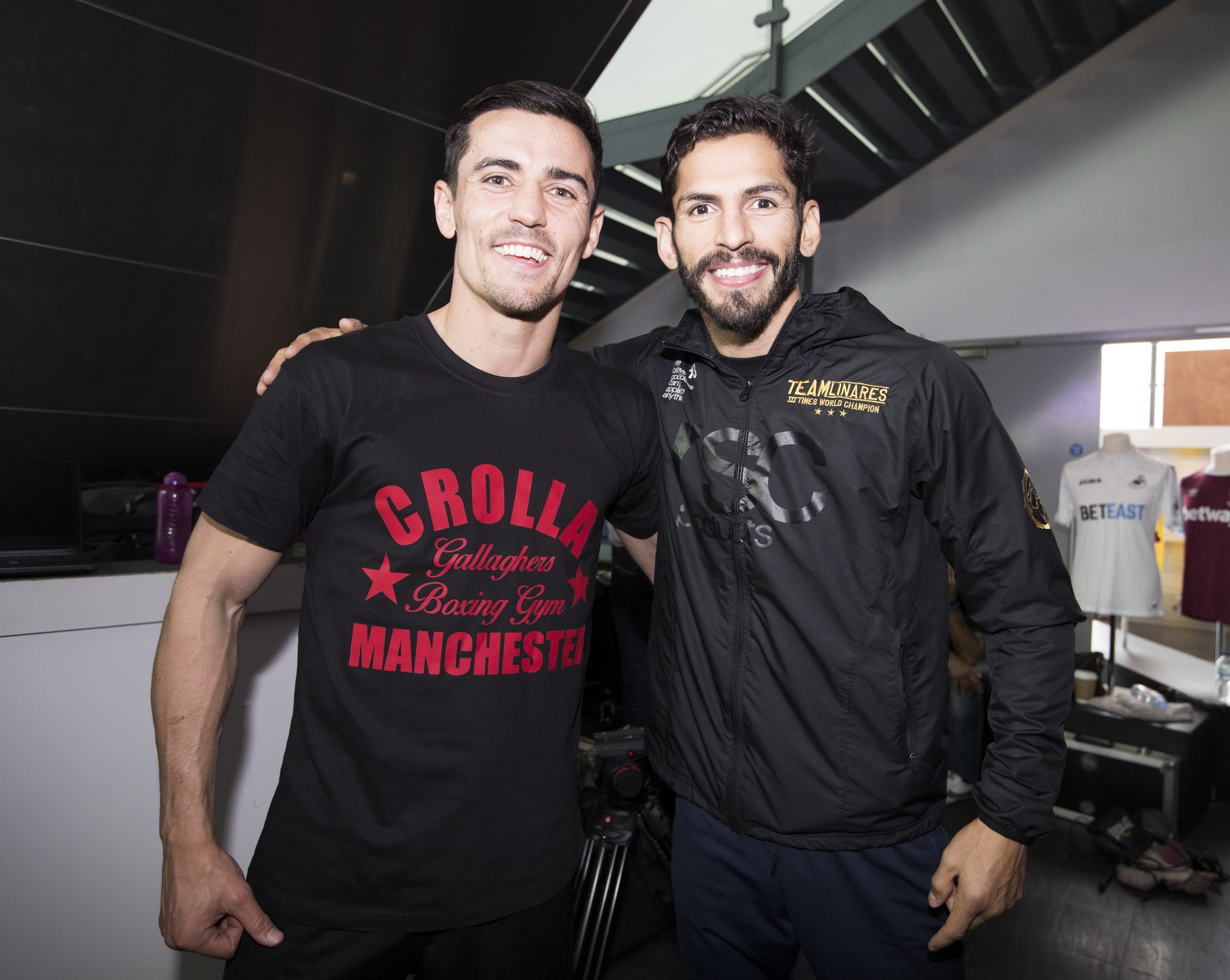 Anthony Crolla wants to continue his incredible run of wins going and defeat Jorge Linares as they clash in a Lightweight unification blockbuster at the Manchester Arena tomorrow night, live on Sky Sports.

Crolla puts his WBA crown on the line for the second time against the three-weight great, who brings his WBC Diamond strap to the UK. The vacant Ring magazine title is the third prize on offer to the winner, offering Crolla the chance to become the first English Lightweight to win that belt.

With Crolla bettering his last performances in each of his three World title fights—a draw against Darleys Perez followed by KO wins in the rematch and against Ismael Barroso—‘Million Dollar’ knows that he has to raise his level once again and he’s ready to prove that he is the elite man in the 135lbs division.

“I never stopped believing but it’s been a mad ride,” said Crolla, who today scaled 9st 8lbs 5oz, three ounces more than Linares. “If someone had said a few years ago that this night was going to happen, I might not have believed them, it’s a ride I’ve enjoyed every minute of.

“I have to pull out another career-best performance again. Anything less is not going to be enough. He’s the best fighter that I’ve shared the ring with and you only have to look at his record to know the level he’s operated at for a long time and see how big a task it is. I bring something different to the table that he’s not seen before and I believe I’ll have too much for him.

“Winning the Ring belt is one of the ultimate prizes in the sport, not many Brits have done that and it’s only right that I am fighting a great fighter for it. I’m humbled and blessed by both fighting Jorge and fighting for the Ring belt, but that’s not the end of my ambitions, I’ll be happy when I have the belt on my mantelpiece and then get back in the gym and go on and do more great things.

“I’m just so proud that I’ve been able to pay the fans back for their incredible support I’ve received. I’m not the kind of fighter that will run his mouth at press conferences or call people out, but I will happily fight anyone. You can’t want it more than me, no-one does. I’m still taken aback by it all really, I’m just a normal lad that trains hard, but things are going well and the harder you train, the luckier you get.

“There’s a lot more talented lads than me. But my will to win matches anyone’s. I think I’m improving as a fighter as well. I rarely come out really banged up now. Nine times out of 10 in any sport, the team or person with the best defence wins. But a lot of it comes down to my will and how I prepare for a fight. I train very hard and my engine has always been good.”

Crolla’s clash with Linares is part of a huge night of action in Manchester as John Ryder defends his WBA International Middleweight title against Jack Arnfield.