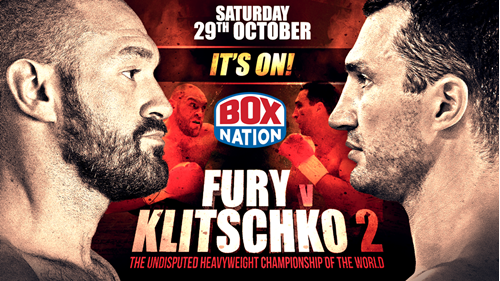 Rumours are circulating that the long anticipated – and long overdue – rematch between true, lineal heavyweight champion of the world Tyson Fury (25-0, 18 KO’s) and former king Wladimir Klitschko (64-4, 53 KO’s) has once again been postponed.

The fight was originally scheduled to take place at the Manchester Arena on October 29th and be televised live on BoxNation’s PPV arm but after Fury picked up an injury in training, it now seems extremely unlikely that the fight will take place in 2016. The pair had been due to meet on July 9th before a Fury ankle injury nixed that date. Now, it is being reported that another as yet unspecified injury has caused a further frustrating delay.

It is now ten months since Fury, 25, produced the performance of his life to bamboozle Klitschko and take away his IBF WBO, WBA Super and IBO titles in Düsseldorf. Since then, Fury has been enveloped by out of the ring problems that have eroded both public belief in him and his collection of titles.

Hopefully, the fight can be swiftly rescheduled as Fury runs the risk of his hard earned titles being taken from him due to lack of activity and boxing fans will have to sit idly and watch the world heavyweight title become fragmented once again.