More quotes from the O2, Brook has to have an op on eye 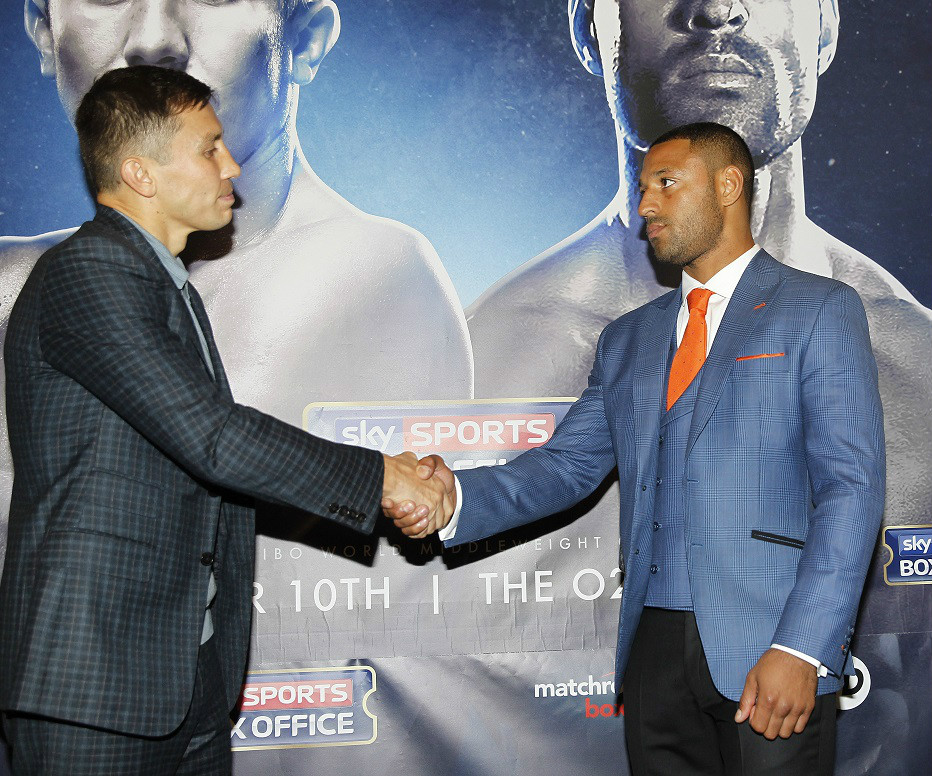 Sheffield’s Kell Brook may have fallen short when challenging Gennaday Golovkin for the IBF, WBC World and IBO middleweight titles at London’s O2 Arena last night, but the 30-year-old challenger landed some stirring shots of his own en route to a fifth-round TKO.

Dominic Ingle, Brook’s trainer, made the decision to throw in the towel when it became clear that Brook’s vision had been impacted by a swelling to his right eye. The IBF welterweight titlist was taken to hospital and has told Sky Sports that he has a broken eye socket, with an operation booked in for next week.

The loss means that Brook is now 36-1 (25) and it was Golovkin (36-0, 33 KOs) who walked away with his ‘0’ intact. Brook, though, believes he will bounce back from his first professional defeat.

“I’m devastated,” declared Brook when reflecting on the fight. “I expected him to be a bigger puncher. I think in the second round he broke my eye socket, he caught me with a shot and I was starting to settle into the fight but I was seeing three or four of them so it was hard to get through it. I was tricking him, his shots were coming underneath and I was frustrating him. I was starting to settle into him but when you see three of four of them, it is hard to carry on.

“He’s a scary champion, nobody wants to fight him but I would fight him again. He is a great champion. I’m trying to give back to the fans and I hope they enjoyed the fight while it lasted. I wished I could go on but when there are five of him you don’t know which one to hit.

“We’ll go back to the drawing board, go on the machines. I have put a lot of muscle on. I think I’d be more suited to 154lb, I think I would be big and strong. I’d love the winner of Liam Smith versus Canelo. I’ve jumped up two weight divisions and boxed a man everyone is running away from. It wasn’t my night, I am gutted because there was much, much more to come from me and I was just getting started—I think I have bust an eye socket.”

“Kell stepped up and fought the best, he was ahead on the scorecards but at the end of the day his eye socket has gone,” added Eddie Hearn, Brook’s promoter. “He would fight all night but—and I know the fans want to see the fight go on as long as possible—you can’t be fighting a guy like Golovkin when you can’t focus on the guy. Kell deserves a huge amount of respect and I believe he is still one of the best fighters in the world. For five or six rounds he gave Golovkin a hell of a fight.”

Golovkin will move on to other options, WBA holder Daniel Jacobs and WBO titlist Billy Joe Saunders are in his sights. The 34-year-old Champion gave Brook credit when breaking the fight down, saying: “He just touched but I didn’t feel his power. So many punches but I didn’t feel them.

“I respect Kell, he is real and thanks to his corner…it’s correct (decision) because I feel it’s game over, it’s finished.”

Abel Sanchez, his trainer, echoed Golovkin’s sentiments when analysing the fight and stoppage. “I’ve said anybody from 154 to 168 wouldn’t go 12 rounds with him,” he declared. “Kell is a very good fighter as you saw but eventually they’re going to break down and eventually his power and ability to land punches are going to take effect like it did with Kell. I’m happy the corner protected Kell because these guys aren’t going to quit because he is a warrior and Dom felt it was necessary at that point. I’m glad everybody is fine.”