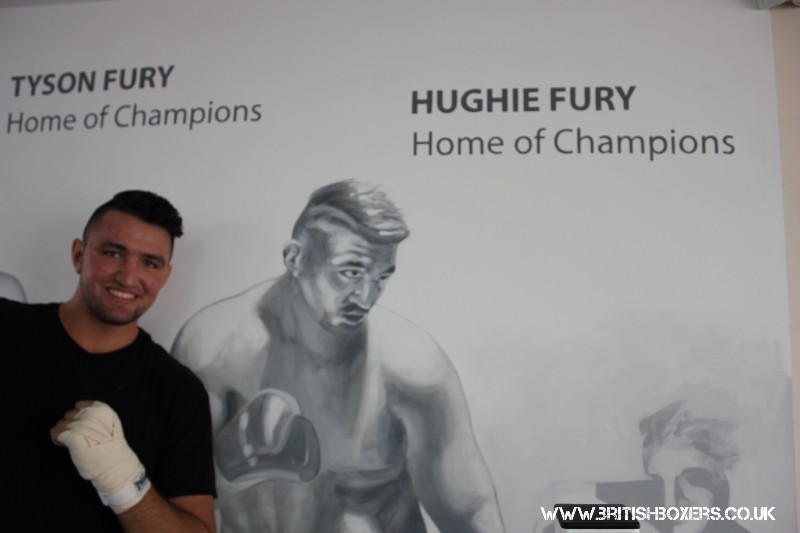 Peter Fury has confirmed that his son and undefeated heavyweight contender Hughie Fury is on the hunt for a new opponent following Andy Ruiz’s decision to withdraw from their October 29 meeting at the Manchester Arena.

Hughie (20-0, 10 KOs) was due to meet the undefeated (29-0, 19 KOs) Mexico-born, California-based 27-year-old on the undercard of Tyson Fury’s world heavyweight title defence against former Champion Wladimir Klitschko, but he will now have to look elsewhere for an opponent for his 21st outing.

Peter confirmed that the fight—Hughie’s first defence of his WBO Intercontinental title—was off when taking to social media to reveal the news on Tuesday evening.

The 22-year-old suffered a bad cut in his last fight, a seventh-round TD win against Fred Kassi in April, and had hoped to put that minor setback behind him by taking on a fellow contender in a fight that was set to double up as an eliminator for the WBO belt, a title currently held by Tyson.

Now, though, they have to line up a new foe with just over a month to go before the contractually mandated Fury-Klitschko return.