Wins for Best and Saunders at Newcastle United on Sunday 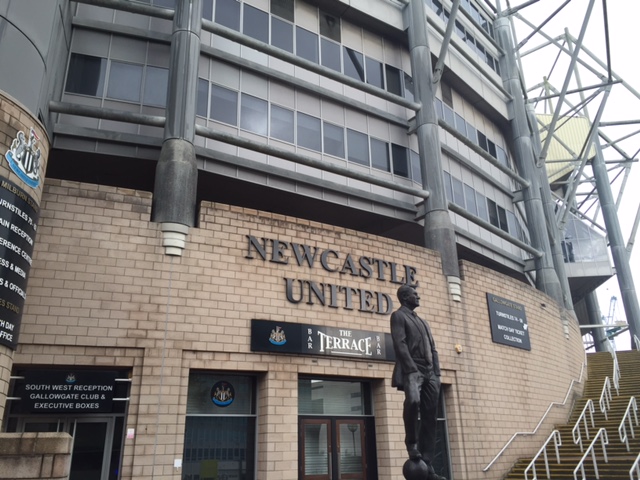 It was a seven fight card and each contest lived up to the billing, making it an action packed day for everyone who attended. With special guests in attendance like Northwest boxing hero Billy Hardy, former world champion Scott Quigg, Bradley Saunders, plus rising Manchester prospects Zelfa Barrett, Matty Ryan, Lyndon Arthur and Sean Ben Mulligan, the fighters performing on the day gave it their all as the patrons munched on their Sunday lunch.

In the co-main event Newcastle’s Sam Best (6-0, 2KOs) continued his career after a nine month layoff, with a routine points decision victory over Croatian Tomislav Rudan over four rounds. Best shook off some of the ring rust and was busy for the duration to the delight of his toon army of fans in attendance, including his little baby bairn.

Best, started well behind his jab and forced the action banging the body and countered well to win every round. The home fighter had Rudan hurt in the last round but couldn’t finish the durable Croat. Best took the fight on the referees card, 40-36.

In the other co-main event, Sedgefield’s super-lightweight prospect Jeff Saunders picked up a points win over Belfast’s James Gorman 40-36 to take his unbeaten record to 8-0, 5KOs. Saunders came out of the blocks quick and was throwing big shots from the off.

Gorman was shipping more heavy leather in the second too, but to his credit he stood upto some powerful hurtful digs from Saunders but hung in there and made a rampant Saunders work hard for his victory. A low blow by Saunders in the third gave Gorman more pain, but the chance of a short respite.

Saunders, 25, realising he had a very durable foe in front of him started to box more in the final session and looked good as he claimed a clear win.