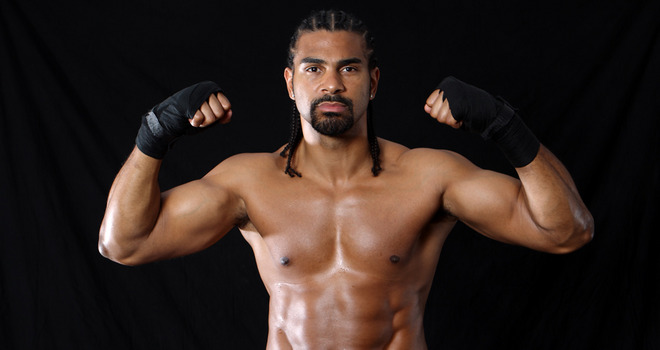 Music therapy charity Nordoff Robbins has once again teamed up with Hall of Fame promoter Frank Warren and BoxNation to host an exciting evening of Championship Boxing on Monday 24th October, at the London Hilton Hotel on Park Lane.

On the night, Frank Warren will present the prestigious Nordoff Robbins Boxing Icon Award to this year’s winner; modern British boxing great David Haye, in celebration of his glittering career and sporting achievements.

‘The Hayemaker’ stands as the hottest Cruiserweight turned Heavyweight commodity since boxing legend Evander ‘The Real Deal’ Holyfield, scooping and unifying all the major World Cruiserweight titles within an explosive four month period before capturing the WBA World Heavyweight Championship.
Guests on the night will be treated to the following fight card:

Undefeated Super-Middleweight Alan Higgins will headline the night’s boxing—hailing from Kentish Town, northwest London, Higgins will challenge for his first professional title in the Vacant Southern Area Super-Middleweight Championship against the rough and ready challenger from Bethnal Green, east London, Eric McKonzo as he continues his march up the domestic 168lb division.

The event also raises funds for the London ex-Boxer Association.

Nordoff Robbins Boxing Committee Chairman and Worldwide President of The Agency Group, Neil Warnock, said: “We are proud to say that the Boxing Dinner has been going strong for eight years now and we are prouder still to be able to say that it has raised over £250,000 to date for Nordoff Robbins. The money raised allows the charity to continue their vital work in delivering music therapy to vulnerable and isolated people across the UK. My sincerest thanks to everyone who has made this event possible, including Frank Warren and Box Nation. We trust everyone will have a great time and we wish all of our Boxers the very best of luck in the ring!”

Frank Warren, Chairman of BoxNation, said: “I am absolutely delighted to once again be involved in helping the Nordoff Robbins boxing dinner for the eighth year running. The work that Nordoff Robbins carry out in schools, day centres, hospitals and care homes is vital in transforming the lives of those that need help. I have seen the truly amazing results they achieve with music therapy and events such as these help raise much needed funds; please give generously.”

Nordoff Robbins is the largest independent music therapy charity in the UK, dedicated to changing the lives of vulnerable and isolated people. We support thousands of people in our own centres and by working in partnership with a wide range of organisations including care homes, schools and hospitals. When delivered by a trained practitioner, music therapy can be used to support people living with a wide range of needs. It can help a child with autism to communicate, reduce anxiety for those living with dementia or provide comfort and celebrate the life of someone facing terminal illness.

Music therapy can be life-changing for so many people.