Dillian Whyte: “Lewison was suppose to be the next great, but I’ll win by late KO.” 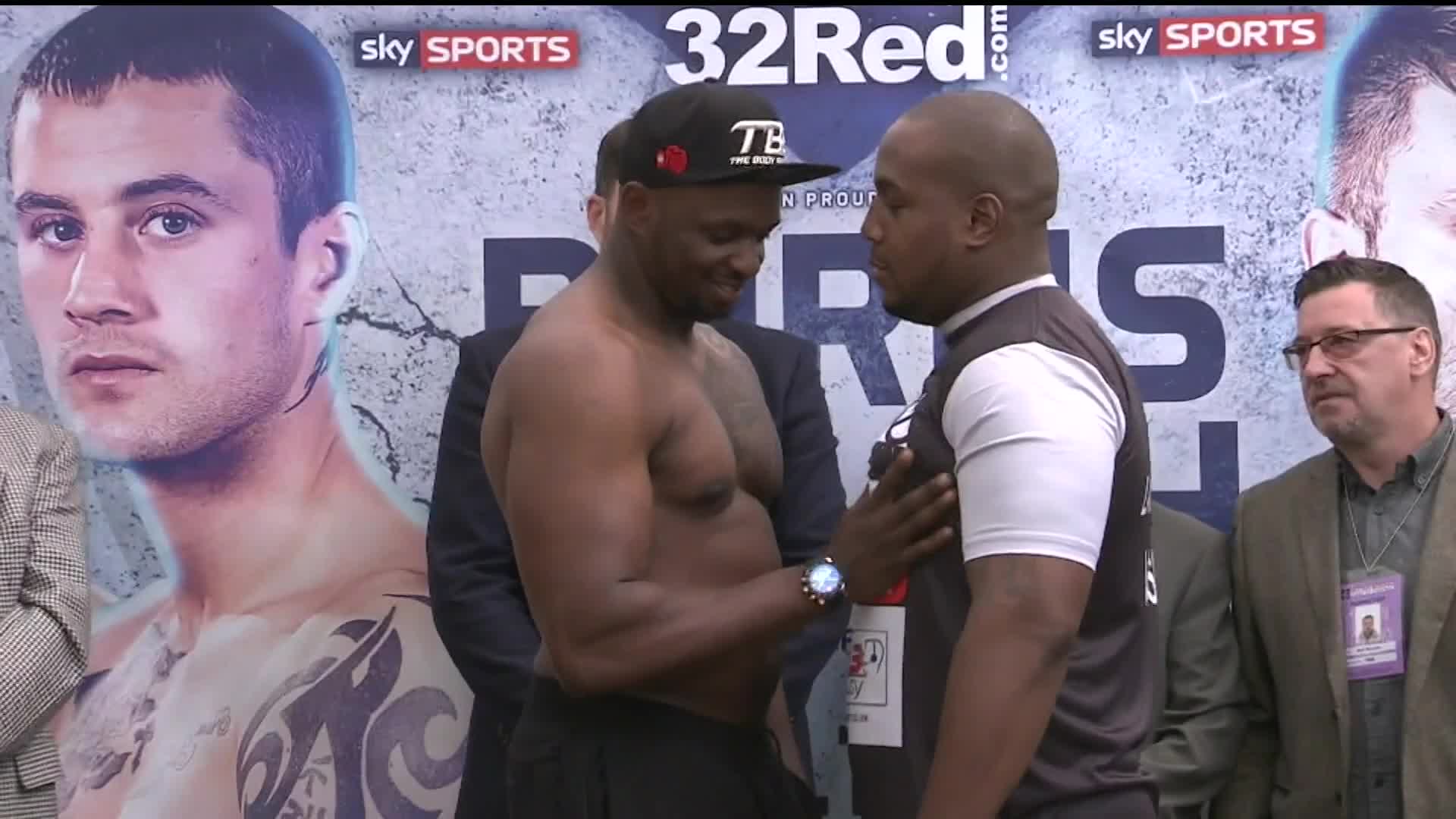 Brixton bragging rights and the coveted British heavyweight title are on the line tonight (Friday) for Londoner’s Dillian Whyte (18-1, 14KOs) and Ian Lewiston (12-2-1, 8KOs) when the two big men from the same area of the Capital face off in what could be the fight of the night in Glasgow.

The fight takes place at the SECC Arena on the undercard of Ricky Burns‘ WBA world title defence against the Ricky Hatton trained Kiryl Relish. The show will be shown live on SkySports.

Both have been taking the customary digs at each other in the build up to this domestic dust up that pits the South London rivals together North of the border.

Current WBC International champion Whyte, 28, who recently suffered his first defeat as a pro to IBF world champion Anthony Joshua, knows and says he respected Lewison as an amateur, but believes his rival hasn’t made the most of his career after being touted as the ‘next great’ and now plans to prove that he is the No 1 heavyweight in his local area.

“Funny enough when I went to the gym, he was the guy who was meant to be the next great, with his amateur pedigree and stuff, but clearly he hasn’t taken his career seriously enough.” Whyte told SkySports.

“For me, I’m taking it serious, because it’s more than the British title. There is bragging rights, gym rights, and other things so I’m sure he’s going to take it seriously, train hard, and come in here looking to make a big statement.”

Both boxers weighed in Yesterday:

Lewiston, 35, has predicted that he will score a knockout win, but that was dismissed by Whyte, who said although he respects his opponents power, he doesn’t see him as a ‘massive’ puncher, certainly not big enough to carry out his bold prediction.

“I don’t really think he’s a massive puncher, because some of the punches he’s hitting these guys with, he’s not really wiping them out with one or two punches,” added Whyte.

“He’s hitting them 20, 30 times before they go down. He is aggressive, he is a heavyweight, and he comes out swinging.

“You have to be always careful and mindful of those kind of opponents. One punch high on the top of the head or behind the ear and that could be you.

“I give him enough respect to take the fight seriously and go out there and look after myself and be defensively alert and aware. I’m going to win, most likely by knockout late as the fight goes on.”