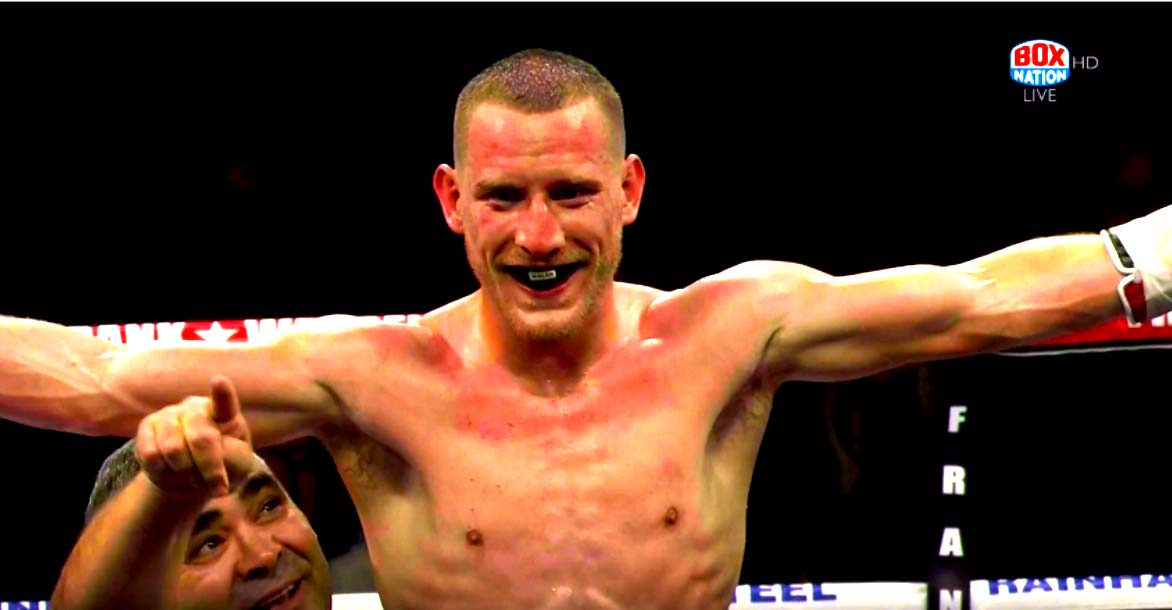 Ryan Walsh (21-1-1, 10 KOs) is promising a career-best performance when he travels to Denmark to face Dennis Ceylan (17-0-1, 8 KOs) for the European Featherweight title on October 15 at the Arena Nord in Frederikshavn.

The 30 year-old from Cromer says he is looking forward to fighting overseas and believes the pressure of being away from home will bring out his best.

“I’m really excited to be fighting away from home,” said Walsh, the current British Champion. “I’ve done it once in Tenerife, but I still felt like the home fighter there. I know I won’t feel one bit like that in Denmark.

“I’ve always wanted to be the away fighter and to have everyone routing for the other guy. I want to be booed, I want to be the underdog and I want to feel the pressure.

“Pressure can either make you or break you as a fighter, and I love pressure. There is a saying that pressure makes diamonds, and I believe that will be the case for me next Saturday.

It will be the best possible Ryan Walsh on the night, and it will have to be as this is by far the biggest fight of my career. I know it’s going to be a tough, and when you’re fighting for the European title it should be a tough, but I’m ready for the challenge.

“This is the next step for me. I’ve won English and British titles, the European is next, and then I want to challenge for World honours.”

Walsh has only one loss on his record, a points defeat to the current IBF World Featherweight Champion Lee Selby, but rather than see this as a negative, the British boxer believes this setback has led him to where he is today.

I don’t call it a loss, I call it a learn,” he says. “I’ve learnt so much from that one loss compared to all my other fights, and it all comes down to your attitude.

“If you look at a loss like it’s the end of the world, and think I’ve lost so I’ll retire, then you have lost. The only way you can truly lose is to give up. If you get back up, dust yourself down and come back, then it’s not a loss.”

Tickets are available online via http://www.arenanord.dk or by calling (+45) 96201050. All the action will be shown live on Viaplay Fighting. For more information, please visit http://viaplay.dk/fighting