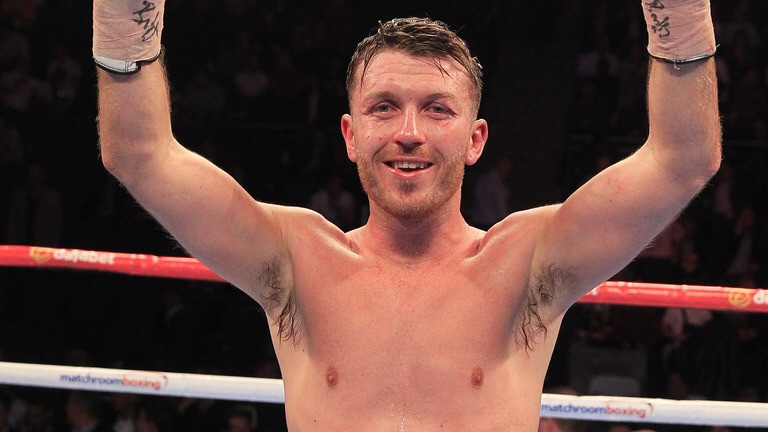 Cardle, 135lbs, lives in Lytham St Annes but takes great pride in his Glasgow roots. The 27 year old managed to detach himself from the atmosphere and avoided getting dragged into the type of brawl that made his two recent bouts with Sean Dodd so problematic. Instead, Cardle took the centre of the ring and tried to utilise the elusiveness that characterised his early career. Grimsby’s Hooper, also 135lbs, tried to come forward and seemed to have gained a foothold in the third, drawing blood from Cardle’s nose and marking him around his eye, only to suffer a bad gash over his own right eye in the fourth.

Things went from bad to worse for Hooper and the 32 year old was badly winded by a body shot in the fifth and Cardle never let him recover. The end came at 1.53 of round six after right hand hurt Hooper and a sustained barrage along the ropes bought an intervention from Marcus McDonnell.

Cardle put in his best performance for quite some time and will now target a European title shot.

Earlier in the evening, Ross Murray (3-0, 1KO) delighted his local fans by stopping Hungary’s Tibor Nador, 114lbs. Murray, 133lbs, floored Nador twice before the fight was halted in the third of four.

Edinburgh based super featherweight Lewis Paulin (7-0) outpointed Yorkshire based Hungarian Adrian Fuzesi over six. Paulin, 127 1/4lbs, won every round of the six the pair contested. The score was 60-54.