Nathan Cleverly: “I’m so grateful to be World champion again.” 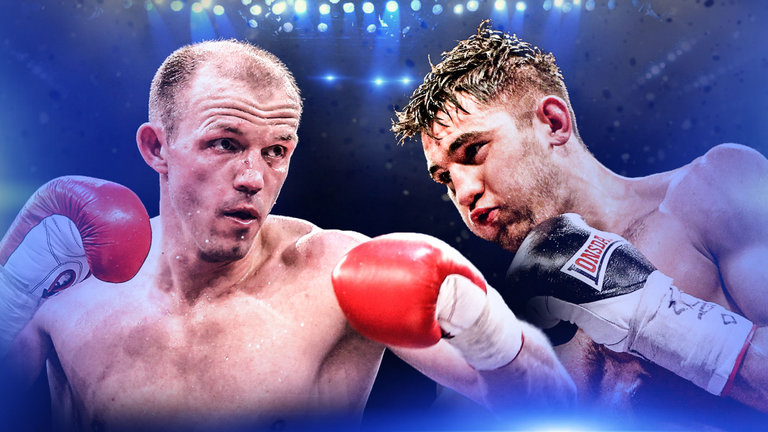 Nathan Cleverly became a two-time World Light-Heavyweight champion after forcing champion Juergen Braehmer to retire halfway through their clash for the WBA crown in Neubrandenburg in Germany, live on Sky Sports.

Cleverly said his pre-fight plan ‘worked perfectly’ as he drew the 37 year old into his type of fight and forcing him to tire, and the German failed to emerge after the sixth – a round dominated by the Welshman targeting the Braehmer body time and again – with Braehmer citing an elbow injury.

“First and foremost my condolences go out to the family and friends of Mike Towell who tragically lost his life – god bless,” said Cleverly.

“This was my destiny tonight – he didn’t want to fight me five years ago and now we’ve finally got it on and I felt I would have too much for him.

“If he wants the rematch as per the contract, he can have it. I don’t know that he’ll want it, he’s 38 now and it would only go the same way, a Nathan Cleverly stoppage, but this time in Wales.

“I wanted to break him in the first half of the fight and that’s what was happening. I felt him wince and wheeze in the sixth round when I was hitting him to the body and there was little coming back – the fight was only going one way.

“When I boxed Fonfara, I had a busted nose, my ear was gone, and I carried on – the full 12. Braehmer pulled out in the 7th because I broke him, injury or no injury. It’s a 12 round fight – you fight the whole fight.

“We knew it was going to be tough, he’s so experienced and I knew that I needed to take a few, to get him to work with me and try to keep pace with me, and he couldn’t. We thought he would punch himself out, I got my range in the sixth and I knew he would fold. It was nip and tuck at the start because of my plan. I had to let him tire, he didn’t like the body shots and I would have thrown them all night long, there was no denying me tonight.

“I’m so grateful to be World champion again. I worked so hard after losing my belt in my sixth fight and now I’m a two-time champion. I was so young first time around and maybe it was too early for me at 24. I had six defences and lost it in devastating fashion against a pound-for-pound elite guy in Sergey Kovalev, and since then this has been my goal and I’ve made it. I’m so proud for my country. We all have highs and lows in boxing and right now I’m just on cloud nine.”