Ryan Farrag: “All the pressure is on Burnett.” 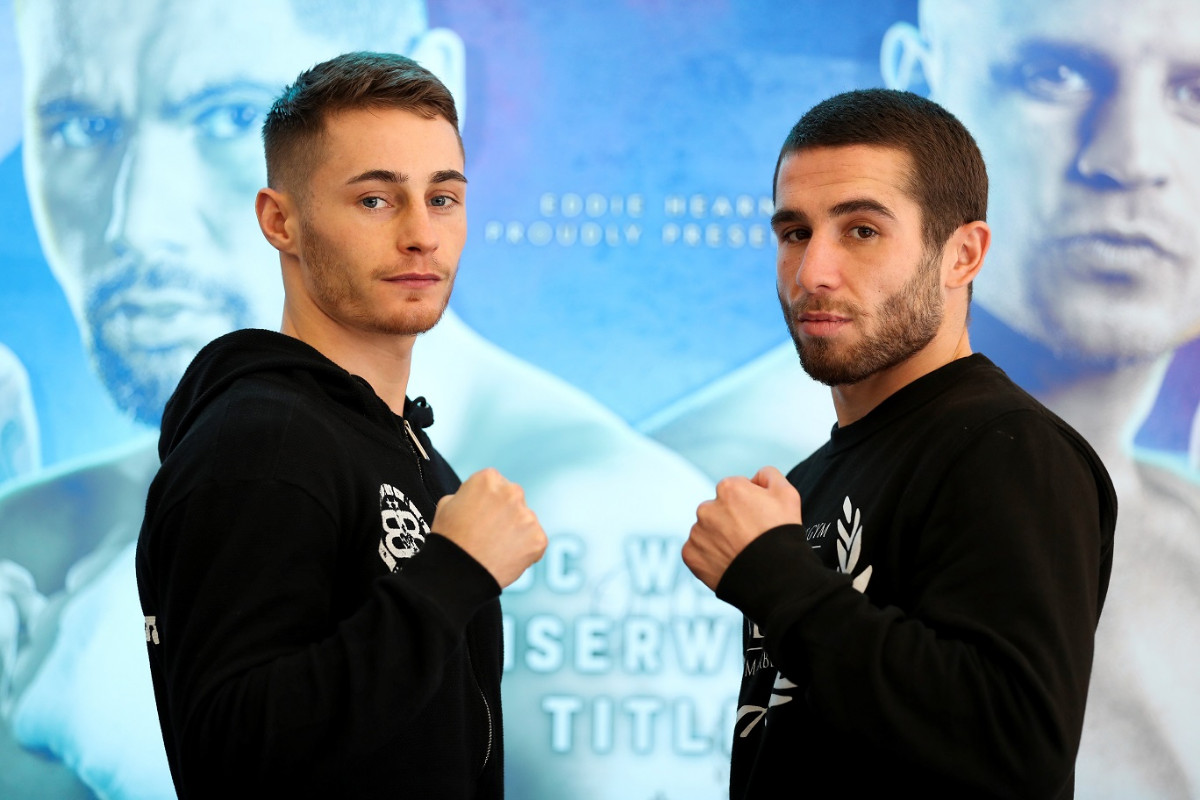 Ryan Farrag says all the pressure is on British Bantamweight champion Ryan Burnett when they clash at the Echo Arena in Liverpool on Saturday night (October 15) live on Sky Sports. Farrag has held the European and English titles and now wants to bag the Lord Lonsdale belt that Burnett defends for the first time since beating veteran Jason Booth—and Farrag believes he has the beating of the unbeaten Belfast man as he enters the Lion’s den in Liverpool. “All of the pressure is on Ryan because he is the champion,” said Farrag. “He is coming into my backyard and I will just be going in relaxed and going to enjoy it, whereas he is the one with the belt to lose. “I expect Ryan to be cagey but if he comes out and tries to fight, then I will be there I will meet him in the middle. I expect Ryan to be on his toes quite a lot and I’ll be looking to make the ring as small as possible. “I think this fight is a big step up for him. He is a good fighter, he has quick hands and I’m sure he will give me a few problems but it won’t be anything I haven’t dealt with before. I am 100 per cent confident and I will be excited to be in there with somebody with such a reputation because when you beat those fellas you get the rewards. “It doesn’t matter where I am fighting and who the crowd is behind but I don’t know how Ryan is going to react to it. Maybe he will feel a bit of pressure and that might affect his boxing but at the end of the day there is only me and Ryan in the ring so I am the only person he has to worry about.” Farrag’s clash with Burnett is part of a huge night of action in Liverpool as Tony Bellew defends his WBC World Cruiserweight title against B.J. Flores. Luke Campbell MBE defends his WBC Silver Lightweight title against Derry Mathews, star Ryan Burnett defending his British Bantamweight title against Liverpool’s Ryan Farrag, Sean Masher Dodd defends his WBC International Lightweight title against Francesco Patera, Tom Farrell faces Farid Hakimi for the WBA International Super-Lightweight title and Liverpool favourite Rocky Fielding is set for action. Tickets are on sale now via www.echoarena.com or by calling 0844 8000 400 priced at £40, £60, £80, £100 and £150. VIP tickets will be available exclusively from www.matchroomboxing.com Face value tickets for Bellew vs. Flores are also be available from http://www.stubhub.co.uk/matchroom-boxing-tickets/ . StubHub is the official ticket partner and marketplace of Matchroom Boxing and Anthony Joshua.